“This Black Lives Matter movement, and what I saw at this convening, was that it’s really helping people be on this journey to really loving ourselves as Black people.” – M. McDowell

Michael McDowell, an organizer with Black Lives Matter Minneapolis was kind enough to sit down with Unicorn Riot and speak about his experience at The Movement for Black Lives conference.

The Black Lives Matter movement, which was spawned out of the killing of Trayvon Martin in 2012 as a social media campaign and grew massive ground support after in 2014 the police murdered Mike Brown in Ferguson, has permanently affected the conversation of race in the USA and galvanized the masses into taking action against racial injustices.

During the weekend of July 24-26, 2015, a conference dubbed The Movement 4 Black Lives (M4BL) occurred in Cleveland, Ohio, bringing together thousands of Black activists from around the nation to heal, build, inspire, and organize.

Cleveland is the same city in which 12-year-old Tamir Rice was murdered by the Police Department last November. The images of the killing were captured on surveillance video and still has many traumatized as the numbers of victims of police killings, including those caught on video, continue to rise.

“Every 28 hours someone’s gunned down and we don’t actually have time to process that at all. It’s like we’re constantly, constantly mourning.”

With such continual violence inflicted by the states powers throughout the communities of color in America, especially the Black community, people are constantly calling for healing spaces. These spaces were being actualized throughout the country last fall and they remain critical to the movement. From his experience at the M4BL conference, Michael McDowell said that the conference provided “a healing space, cause we spend so much time, as People of Color and Black people, mourning. Every 28 hours someone’s gunned down and we don’t actually have time to process that at all. It’s like we’re constantly, constantly mourning.” He continued, “this was a space for us to strategize with each other, build with each other, love on each other, and just affirm each other.”

The process of healing at this conference was done within what Michael calls an “all Black space”. He expounded upon the many important values of having an available Black space by saying “we’ve just never had that, there’s never been a space for Black people to go and just talk about their struggles, and talk about what’s going on and actually be understood and affirmed with people who are in that struggle and who get it.”  The realities of the Black space being provided by the M4BL conference were embodied when Michael said “there were so many folks, who, with that Black space felt like they were actually tasting freedom.”

The M4BL conference put an important focus on dreams, visions and the power to build a new reality. In Michael’s eyes, the “conference was very much so built around visioning”, with collective questions like, “what does liberation look like to you”, attendees were pushed to dream and envision what reaching the “promised land” looks like to each person. When it came to the formation of collectively engaging in the process of envisioning and dreaming a new reality, Michael said, it was “beautiful”.

Micheal also spoke about the importance of the leadership provided from the LGBTQ community for the Black Lives Matter movement. “The movement right now is beautifully led by Trans Black Women, Trans Black Men, Queer Women of Color, Queer Black Men…it’s beautiful where it is. But right now we’re seeing that because of that, not everyone is on the same level in the Black community as far as knowing about gender pronouns, knowing about queerness. We’re seeing that there are some folks who feel left out. And one of the things that we said, that we really see is just us being able to collectively work together to the point where the Black Minister can…go out to lunch and actually build with the Black Trans Woman.” The realities of gender identity is new for some, some have known about or even lived this reality for a long time, and for others it can be a touchy and confusing subject. During our interview, Michael displayed a seemingly adept understanding of gender identity and has ideas and ways to use the privilege that he holds as a cis man in this society, albeit a Black man in America, to further pass the knowledge along to other Black men, in saying “I’m talking to other Black men, like having those difficult conversations with them about…what it even means to be Trans, what it means to be Queer…kind of working with them through that whole process because I’m understanding that I wasn’t, you know, this conscious. It took a process for me, it took someone being patient with me so I’m really just trying to be patient with my brothers and put into them because it’s not queer folks and trans folks job to always be trying to teach folks how they identify and their truth, it’s the folks who have privilege like myself who should be kinda going to bat for them.”

When asked about his view of the future of the Black Lives Matter movement, Mr. McDowell spoke about the Midwest BLM chapters linking, building regionally and the importance of working on area specific issues, as well as creating more healing space.

We are in a moment in history where the country’s collective consciousness has thrown a spotlight on police brutality and its origins, and it seems that the police are unreceptive to this direct critique of the state’s systems of white supremacy and the abuses of power it wields that victimizes so many Black bodies daily. As for some semblance of justice, Michael says, “it really looks like it’s gonna take the dismantling of this system”. History has repeatedly shown us that to get to the point of dismantling an oppressive system it takes a lot of organizing and discipline.

There has been a fervor of organizing going on recently in America and the M4BL points to the successes that this organizing is providing. The Movement for Black Lives conference in Cleveland was a “national call to action for all Black people invested in the movement for Black lives to join the convening to collectively shape our present and chart our future.” Historically, this conference should be written in the books as a successful gathering with memories of the collective organizing that occurred around the country during the Freedom Summer of ’64 and up to the passing of the Voting Rights Act in 1965. 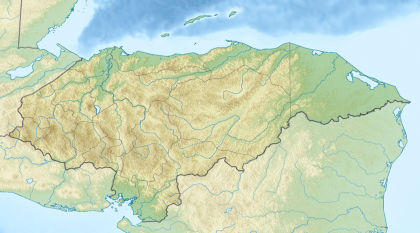 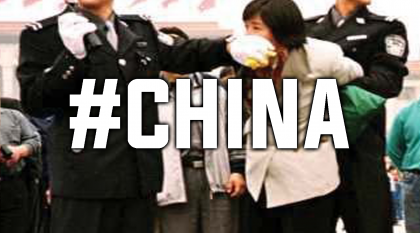