Lucrecia Luciana Belmont served in the US Army for a little over five years from 2003-2008. It was before she was discharged that she began exploring her gender in 2007. She started experimenting off-duty with wearing women’s clothing. “Nobody knew, but I was more comfortable in that,” she said.

It was at this time, when she was 23, that she started getting over this feeling of “really trying to be a man”. In this video, Lucrecia describes a phase of the lives of some male to female trans people called “hyper-masculinity“.

“They attempt to be a man no matter what it takes.” — Lucrecia

In 2010, she says, she “fully realized” her identity was that of a woman’s and she fully came out to her friends and family. “I’ve been out full-time since [2010].” It was also this year that she went back to school as an artist.

“My identity did not change, only my name. I’m still the same person I was ten years ago.” — Lucrecia

Lucrecia received the official court order on July 30, 2015 which stated that her name change was legally valid. In her most recent involvement with the VA in Minneapolis, they refused to issue her a new ID card with a name that matched her new license. She uses this ID to get around town on city buses and risks a fine if her Veteran’s ID name doesn’t match the name on her MN State license.

“It could end up me being fined and having to fight that when all the VA has to do is give me a new ID.” — Lucrecia

It turns out that the discrimination that Lucrecia experienced is not even according to the standard policy of the VHA Directive 2013-0039 [see “Providing Health Care for Transgender & Intersex Veterans VHA Directive” pg. 2], which is effective until February 2018.

In the last 7 years since her discharge, she has experienced “repeated denial” at VA hospitals across Minnesota.

Back in 2012, Lucrecia spoke of an experience she had with the VA in St Cloud where she arrived seeking treatment for her mental health and she says

“It was total dismissal. They didn’t call an ambulance to go somewhere else, they just sent me away. …They didn’t offer any options, they just say ‘no’.” — Lucrecia

In 2013, she applied for healthcare at the VA in St Paul and sought to start hormone therapy, which is covered according to VHA policy. After initially granting her an appointment with an OBGYN/gender therapist, they then sent her a letter after a couple weeks which stated that her being granted healthcare access was erroneous. In 2014, she found her gender identity being brought into her Compensation and Pension hearing, where it did not belong. And now in 2015 they are telling her that she has to change her Social Security Number before they issue her an ID card with the same name on it as her legal Minnesota state license.

“I’m hoping even though my particular case is unique  to me that other people still come forward: trans or not, GLBT or not, because this is systemic issue that needs to be resolved.” — Lucrecia

In Lucrecia’s experience, it seems that her gender is brought up when it isn’t relevant, and when treatments like hormone therapy are relevant to her mental health, she is dismissed and denied access.

“Veteran’s benefits are not a gift that is given, it is a debt that is owed. [sic]” — Inscription at the Bishop Henry Whipple Federal Building in St. Paul, MN 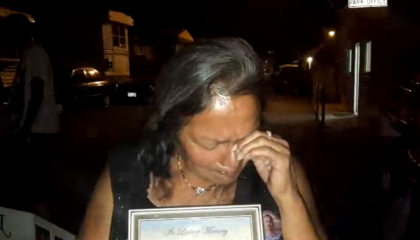 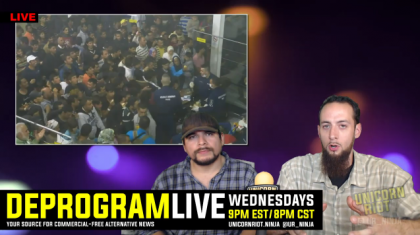