Denver, CO – Since the murders of Alton Sterling on July 5th, 2016 and of Philando Castile on July 6th, 2016 at the hands of police officers, protests and rallies have erupted all across the United States. In Denver, CO, the local organization Black Lives Matter 5280 has been conducting a 135-hour sit-in across from the City and County Building to honor the 135 black victims who have been murdered by police officers this year. The sit-in began Thursday, July 7th, 2016 and will continue until Tuesday, July 12th, 2016.

A statement from the Black Lives Matter 5280 facebook page:

“We’re heading into the 96th hour of the 135 Hour Sit-In for Healing down at the City and County Building. Over the past four days, we’ve been able to connect as a community, and mourn the loss of 135 Black souls killed by police violence this year, and counting…A couple of notes.

Your donations have been overwhelming and generous. We have sufficient food at the camp, and meal deliveries scheduled for the rest of this action. And we have plenty of snacks. We encourage you to continue with the generosity, but point you to https://www.facebook.com/DenverHomelessOutLoud/?fref=ts or non-perishables to https://www.denverrescuemission.org/donate-items. Both of these organizations feed people on the streets, and are the difference between people getting a meal or not eating every day in Denver.

During the past four days, we have created a space for Black people to grieve, love on another one another, and connect with people of color who are mourning those gunned down by police violence. It was important to us that we create this space for healing in the shadow of the very institutions that perpetuate this violence, and have failed to bring justice to our communities. We wanted to counter the forces of these oppressive structures with a fierce energy of love and resistance.

We understand that our actions–just existing in a park in Denver for 135 hours–push the boundaries of the law. We know that in light of the fact that police and government officials have decided that homeless folx should not have the right to rest, we are being spared the treatment many people have to endure every day on our streets. We are also aware that gentrification has caused extreme poverty and homelessness in Denver, and in the U.S. The systems that brutalize unhoused peoples are deeply interwoven with racism and white supremacy, and these systems disproportionately impact Black people. For example, in 2010, 1 in 141 Black family members stayed in a homeless shelter, a rate 7 times higher than for white families. Black people in families make up 12.1 percent of the U.S. family population, but represented 38.8 percent of sheltered people in families in 2010.

We know these parks, especially Civic Center, are home to many people, and we include these members of community in our fight for justice. The powers-that-be in Denver have criminalized the lives of those without homes, as they have criminalized the lives of Black people for hundreds of years. So we must note that on this occasion we are experiencing a reprieve from the laws that deeply harm and endanger members of our Denver community. As we stated at the Marade, we will fight to dismantle these laws with you.

Black Lives Matter means ALL Black Lives Matter. That includes those currently without a residence, who make homes in our city’s parks. We appreciate the presence and support of homeless folx that have joined us at the sit-in, and groups such as Denver Homeless Out Loud and Food Not Bombs that have offered valuable assistance to us during these 96 hours. We encourage you to send food and economic resources their way if you care about making Denver a city where everyone has the right to rest and to shelter, including those suffering at the hands of white supremacy and racial injustice. 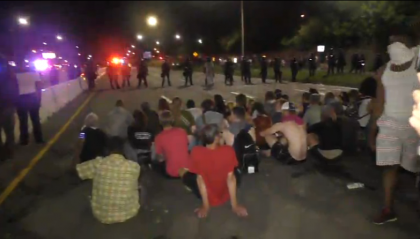 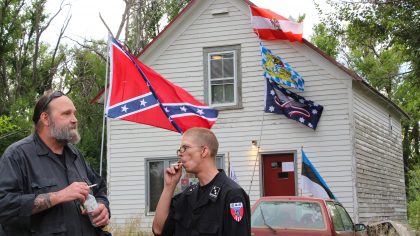