At around 6 PM, friends and family as well as concerned community members gathered in the 1300 block of Bannock Street outside the Denver Art Museum, just feet from where Dion Avila Damon was killed on April 12th, 2016. Dion was unarmed and sitting in a parked car when Denver Police Technician Jeff Motz shot him seven times through the windshield. Local organizers against police brutality in Denver spoke out about the legacy of murder and abuse by law enforcement in the region. Family members of other people murdered by law enforcement in Denver shared their own similar personal stories. Lynn Eagle Feather spoke about her son Paul Castaway who was killed by DPD last July. The gathering also heard from Natalia Marshall, whose uncle Michael Marshall was murdered by Sheriff’s Deputies in the Denver jail, as well as Vicki Trujillo, who lost her husband to a police killing, and was also a close friend of Jennifer Lobato who died in the Jefferson County, CO jail due to deliberate medical neglect. Dion Avila’s cousin, mother, brother and other family also spoke to the crowd. While the families spoke, a tribute to Dion was spray painted behind them by an anonymous artist on a canvas made of plastic wrap stretched between two trees. As the rally drew to a close the crowd moved into the streets behind banners and began to march.  The march went several blocks north and stopped at the Denver Police headquarters, the site of a police monument which has been vandalized with red paint by protesters for two consecutive years on February 14. A brief standoff ensued between police and protesters before the march resumed.

After leaving the Denver Police headquarters, the march moved into the streets and began heading towards the 16th street mall. In short order, police cars began making their way through the crowd, almost striking marchers, and officers on the ground led by District 6 Commander Tony Lopez began aggressively shoving protesters out of the street.  (Commander Lopez is currently facing a civil rights suit in federal court over allegations he stole a woman’s phone away from her while she was filming her husband’s violent arrest by Denver’s SWAT team at a protest in April 2015.)

The march proceeded to the 16th street mall and marched back to the site where Dion had been killed and a memorial raised. Within the hour during which the march took place, city employees had cut the memorial painting down off the trees where it had been hung.

Denver police followed and targeted individuals after they left the gathering, and made two separate arrests. This fits a long-established practice by DPD of opting not to make arrests during protests but instead to follow, snatch, and grab protesters as they head home or walk to their cars.

Unicorn Riot filed an open records request for any footage showing the killing of Dion Avila Damon on April 12 but our request was denied until the investigation into the shooting is completed by Denver Police, Aurora Police, and the Denver District Attorney. In his entire career Denver District Attorney Mitch Morrissey has never indicted a single law enforcement official for any act of murder or violence.

This past Friday and Saturday, a faction of Anonymous known as “New World Hackers” conducted a series Distributed Denial of Service (DDOS) attacks against the City of Denver website as well as the Bank of Denver, taking down both sites for a period of time in retaliation for the shooting death of Dion. 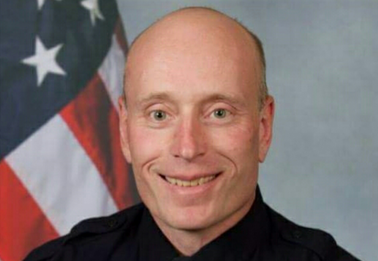 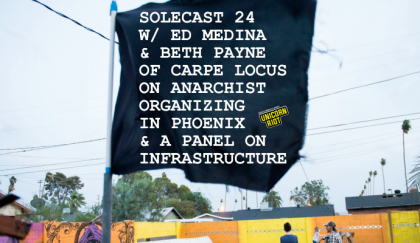