Denver Police Technician Jeffrey Motz was identified in a police press conference as having shot unarmed Dion Avila Damon seven times through the windshield of a car on Tuesday, April 12. While most media coverage in Denver focused on Dion’s alleged criminal history, no reports that we could find mentioned the highly questionable past of his killer, Jeff Motz.

Technician Motz’s history is disturbing to say the least, and given his propensity for violence, it seems likely that Dion Avila Damon might still be alive if Jeff Motz had been previously removed from duty, or otherwise not present at the time of the “attempted arrest.”

Prior to murdering Dion Avila Damon earlier this month, Jeff Motz had been involved in two other high-profile, contested shootings.

In 2003, Motz, then an officer and not a technician, was one of eight cops who fired shots during the Denver Police killing of Shaun Gilman, a 20-year-old mentally ill man whose family called the police when he was having an episode. Shortly after Motz & other officers killed her son, Katie Gilman told the Denver Post, “Some training has to be done. And if the police officers feel threatened, they should be able to call somebody. There has to be something other than a bullet to help these people.”

Then-police chief Gerald Whitman responded to media controversy about the Shaun Gilman shooting by victim-blaming mentally disabled people, saying “anything that affects someone’s rational thought process could be dangerous, and situations change rapidly.” When Gerald Whitman was replaced as Chief of Police by Robert White in 2011, Whitman continued working as a Captain in the Metro/SWAT unit, the same unit to which Motz is currently assigned.

On January 16, 2013, Tech. Jeff Motz was involved in a pursuit of a suspect in a pickup truck who led police on a chase and a shootout ensued. After the chase ended, Michael Valdez, a bystander who had been riding in the truck, was shot in his back and his hand while he was detained face down on the ground. Valdez survived, and after being held in jail for months on over a dozen false felony charges, he sued five police officers including Jeff Motz. The case appears to be ongoing.  According to the lawsuit,

“While prone on the ground with his face in the grass and his hands extended overhead, Valdez was shot by the defendant officers, once in his back and once to his fourth finger as he tried to shield his head from gunshots.“

Motz and five other cops involved in the January 16, 2013 shootout (as well as named in Valdez’s lawsuit) were presented with awards by Chief White and Mayor Hancock.

Members of the Denver activist community recognize Motz from protests, as part of the Metro/SWAT unit, which adopts a more militarized appearance than the rest of the department.

Tech. Motz was present working with Metro/SWAT on April 29, 2015 when Denver Police violently attacked a locally held march in solidarity with the Freddie Gray protests in Baltimore.  Several protesters and journalists were hospitalized due to injuries inflicted by the police, banners were confiscated and pepper spray was heavily deployed.  DPD District 6 Commander Tony Lopez is currently facing a federal civil rights suit filed by citizen journalist Jessica Benn, who alleges that Lopez stole her cell phone out of her hands as she was filming Metro/SWAT’s brutal arrest of her husband Jesse Benn, who was hospitalized with a concussion.  DPD’s Incident Detail Report for April 29, 2015, acquired by Unicorn Riot, proves Motz’s presence during this event. 
Source documents acquired for this article:

If you would like to help support our efforts in obtaining more FOIAs, CORAs, and more, please consider donating: 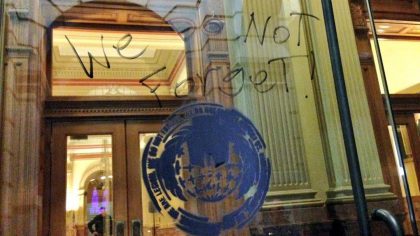 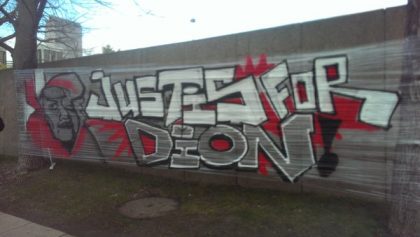 Denver Takes the Streets for Justice for Dion