Minneapolis, MN – Unicorn Riot is reporting from the site where Minneapolis police just killed a man in North Minneapolis, Thurman Blevins, who is said to be 30 or 31 years old. We are at the scene and collecting witness testimony.

An eyewitness told Unicorn Riot that Minneapolis police drove up on the victim who was sitting on the curb and tased the man. The man attempted to run away and was shot in the back multiple times by police. 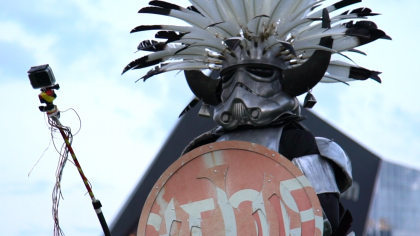