Boston, MA – Since 2011, the Boston Anarchist Bookfair has hosted films, workshop organizers, and publishers from around North America. According to organizers, after eight years the Bookfair had to shift venues at the last minute due to a sudden demand from Boston University (BU) that they pay thousands of dollars in security costs.

The collective which organized the Anarchist Bookfair described the situation in detail to Unicorn Riot. Less than 48 hours before the Bookfair’s advertised start time, the collective was informed by the administration of Boston University that,

“for the first time since we started holding the event there in 2014, we would have to pay for the ‘services’ of six BU police officers for the whole weekend. Not only did they make this demand out of the blue, they refused to tell us how much it would cost: in order to hold the Bookfair at BU we would have had to sign a blank check to pay for cops.

By our own estimates this would have cost thousands of dollars. Independent of the financial impossibility, we refused to hire a force that would pose a danger to our community.” — Boston Anarchist Bookfair organizers

They continued, “Fortunately, during our time of need radicals across the region rallied and came to our aid: we were able to find last-minute venues for workshops and tablers, and we were stunned by the incredible turnout.” They extended “special thanks” to Make Shift Boston and the Democracy Center for hosting the Bookfair, to Food Not Bombs “who nourished everyone in attendance,” and added that the 2020 Boston Anarchist Bookfair would not be held at Boston University.

The gathering had shifted from BU to the Democracy Center, a “21st-century meeting house” which hosts five nonprofit organizations and 500 events a year near Harvard University in Cambridge. The event was packed shoulder-to-shoulder with attendees, publishers, authors, distributors and tabling organizations.

The Boston Anarchist Bookfair (@bAbookfair) is hosting panels today at Make Shift, a cooperatively managed co-working and event space on Columbus Ave. A discussion on “Tales From the Frontline of Pipeline Resistance in Appalachia” just wrapped up pic.twitter.com/Dpxn8nUQNr

Several people Unicorn Riot spoke to mentioned that they reckoned the turnout was larger than the previous year, despite the last-minute change in venue. One attendee remarked that perhaps the pressure from institutional authorities had motivated more people to attend the event.

The organizing collective explained why Bookfairs are a significant project for anarchist communities and people who might be curious to learn more about leftist politics:

“Anarchist Bookfairs are important for three reasons: they provide a space for anarchists to come together in community and build greater solidarity; they’re able to educate and lift up important struggles through the books and workshops; and they offer those who are curious about radical politics an opportunity to learn more in a welcoming environment.” — Boston Anarchist Bookfair organizers

They added, “Every city should have an anarchist bookfair.”

Also tabling with information were the Boston chapter of Democratic Socialists of America and the Massachusetts Pirate Party.

On Sunday the event shifted to Make Shift Boston on Columbus Avenue in the South End, a collectively-managed co-working and event space that supports social justice. Messages such as “Abolish ICE” are painted on its front windows.

The rush to move the Bookfair was a microcosm of the difficulties in locating spaces to hold community events in Boston, where high-priced real estate markets have made spaces like Make Shift increasingly difficult to maintain in recent years. Across the street at 566 Columbus Avenue, the Harriet Tubman House has been mostly vacated in recent months, after its tenant nonprofits served local residents’ needs for health care, affordable housing, education and job training for decades. It is slated to be torn down and mostly replaced with luxury condominiums.

One of the panels on Sunday we were able to attend was on personal health & safety while at protests. The panelists spoke about basic ways to evaluate with buddies before choosing to take part in actions, and taught attendees the “PEARLY” mnemonic device:

The Sunday morning sessions covered democratic confederalism politics from North America to Rojava, an autonomous region in Syria. Included were the Symbiosis project, “a confederation of community organizations across North America, building a democratic and ecological society from the ground up;” concepts related to writer Murray Bookchin; and prisoner support from the Certain Days: Freedom for Political Prisoners Calendar collective.

Unicorn Riot has previously examined some related subjects to the Bookfair sessions. In a 2018 report we looked at the ecology-related social projects in the Rojava region which are aimed at improving agricultural viability and resources within an autonomously organized society. We took a closer look at the Syrian conflict when we spoke to international volunteers in “International Volunteers of the Rojava Revolution,” a mini-documentary about international volunteer fighters who fought against Islamic State forces.

Unicorn Riot visited in 2018 the site of a campaign that has been ongoing for more than 440 days, blockading construction of the Mountain Valley Pipeline. An aerial blockade has been in place, as well as other forms of resistance.

Unicorn Riot last visited an Anarchist Bookfair in January 2019 when we covered an anti-fascist metal festival in Brooklyn, NYC. The organizer of that event had longed for a space that “combined the music I love with the politics I live by.” A lineup of 15 bands played over two days, and on the second day a mini-Bookfair and market-place existed in the downstairs hall at the Brooklyn Bazaar.

Organizers of the Boston event told us Bookfairs are spaces meant to educate and lift up important social struggles, to cultivate solidarity among anarchists, and to provide a welcoming environment to those who are curious about leftist politics. Boston University’s sudden demand for the Anarchist Bookfair organizing collective to agree to pay an undisclosed-amount for the costs of policing their own event resulted in BU losing the opportunity to host anti-authoritarian voices from across North America in 2019. 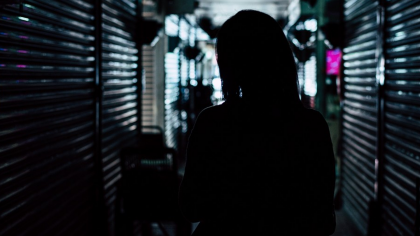 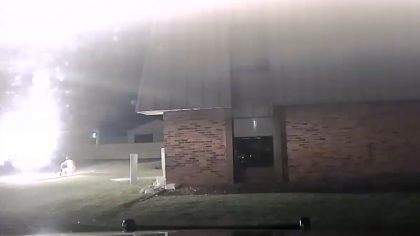