Hastings, MN – The police officers that killed 23-year-old Isak Aden on July 2 will face no legal consequences. Aden was killed after a four-hour standoff prompted by a disputed domestic disturbance call.

On November 13, the Dakota County Attorney announced the death of Aden was “legally justified” after meeting with Aden’s family and showing them video and investigative reports of Isak’s shooting death in Eagan.

Immediately after their meeting with the Dakota County DA office, in which they were able to see an unredacted video of Aden’s death, two of Isak’s siblings described that they felt they saw their brother die in what resembled a “war zone“.

As Aden was sitting on a sidewalk in a parking lot about 18 inches from a gun, he was speaking with the police negotiator on the phone. When the police initiated their offensive, they first shot at least three flashbangs and six less-lethal rounds at Aden. Aden then appeared to attempt to run to his right as police say he grabbed his gun. Aden was then shot and killed by 11 bullets, including two sniper rounds.

Aden’s siblings say people who watch the redacted video, which shows a large blur over Aden’s body, are “not gonna know what happened” because it is unclear. They thought it looked like he was trying to run away as police were beginning to fire on him. They furthered that the reports of the five officers who shot him, including two snipers, seemed “scripted.“


The memorandum, dated November 5, 2019, includes a summary of the BCA files, specific negotiation conversations, the tactical plan to apprehend Aden, officer statements, the autopsy report, and the forensic analysis summary.

A main narrative from corporate news that is proved false by these reports, yet still reported as true, is that Isak assaulted and threatened his girlfriend in her car. T.A. told officers she was not specifically threatened, nor was she assaulted.

According to the report, Aden’s ex-girlfriend “T.A.” called 911 after they had an argument and she noticed that Aden had a gun in his waistband. Aden reportedly got out at an intersection and ran away. He dropped the gun in the woods while running and it fired accidentally, according to Aden. He picked it up and eventually wound up in a commercial parking lot on Seneca Rd. in Eagan.

The police report says that officers commanded Aden several times to drop the gun. Aden did not comply; instead he held the gun to his head and yelled “Fuckin’ shoot me.” This reaction by Aden and further non-compliance to drop the gun led to the standoff.

Aden wanted T.A. to be brought to the scene to “tell the truth” to the police about what happened.

Eagan Police officer Joseph Moseng was the primary negotiator after taking over from an earlier officer. Around 9 p.m., Edina’s BearCat drove into the parking lot and Eagan officer Jacob Peterson threw Aden a phone inside of a “cardboard box out of the turret of the BearCat.“

Before throwing Aden the phone, a law enforcement mobile app called Callyo was installed on it that allowed them to listen in on the phone calls as well as record them.

Aden immediately called T.A. using the police phone and spoke with her for about two minutes. The specifics of this phone call, as well as many of the other phone calls Isak made to T.A., were either written with “[inaudible]” during the periods of important conversation or were not recorded at all in the report.

Moseng reached Aden by phone at 9:24 and a four minute conversation occurred with Aden saying they have to get “the girl that called you” down to the scene to straighten it out.

Aden: …She needs to get down here.
Moseng: Okay. Well what, what happens when she gets here?
Aden: And I want to talk to her.
Moseng: And, but then what? What’s your plan after talking to her.
Aden: Then it’s fine you guys can have the gun.
Moseng: So, (sigh) so you’ll, is if she comes down here you want to talk with her and then you’ll give us the gun?
Aden: Yeah she needs to tell you guys the truth.

T.A. was brought to the scene at 9:40 p.m. and told officers that Aden had never threatened her, but that she had been concerned because she’d never seen him with a gun before.

She’d been having an argument with Aden; he asserted that she had shared personal photographs of him publicly without his consent. She noticed then that he had a gun. She said when her car reached the intersection of Silver Bell and Nichols roads, she pulled out into the intersection against a red light and honked her horn to get attention. When she stopped, Aden ran from her vehicle.

“I mean that’s what it was [an argument]. But, but she, the way she acted in traffic made it seem like I was gonna shoot her.” — Isak Aden to Officer Moseng around 9:33 p.m.

According to call logs, Aden was able to reach T.A. via the phone. They had several conversations until she started to get brought to the scene. Several minutes after her arrival, T.A. was questioned by an officer. During this time T.A. was not answering Aden’s repeated calls to her phone.

Moseng spoke to Aden multiple times after T.A. arrived, but didn’t mention her being there to Aden. Finally, at 9:59, Aden was able to reach T.A. for a call that lasted 1 minute and 27 seconds.

T.A.: Isak, what are you doing?
Aden: (inaudible) Can you please just comply with the officers and come here?
T.A.: They won’t, they won’t let me come over there and they’re mov …. Please don’t do anything, please Isak please. Please….
Aden: ….You’re here? You can see me?
T.A.: I can’t see you, but can you not do anything dumb please?
Aden: (inaudible) Like you need to tell them that (inaudible).
T.A.: No, I did not. I told them that it was, it was just, it was, it was in the, in your waist and I saw it and I got scared. I didn’t even mention (inaudible). I feel like they can hear me like, could you like … I’m about to hang up. Can you, can you just cooperate? I’m begging you.
Aden: You have to straighten this out bro. Like you have to tell them that, you know (inaudible). [T.A. interrupts and apologizes for interrupting]. They’re calling me right now. (inaudible).

The police then took away T.A.’s phone and said they didn’t want the two of them communicating during the negotiations, according to the memorandum.

Aden then communicated to Moseng during a minute-long phone call Aden’s one and only demand, to speak directly with T.A., and hung up the line.

Moments later, during a phone call accepted at 10:03, Aden told Moseng that he was not “willing to go to jail” and that police “weren’t listening” to him about speaking to T.A. Moseng played a recording of T.A. that was inaudible to Aden, in which she asked him to “cooperate.“

Thirty minutes passed between that call and the next time Moseng spoke to Aden. Aden had inched closer to his gun that was sitting a foot or two from his right side. It was this conversation that was to be Isak’s last.

The “tactical plan” was initiated 2 minutes and 19 seconds into Moseng’s phone call to Aden. Police on the ground, in the BearCat, and snipers on the roof all shot at Aden with a variety of less-lethal munitions and then live fire.

Four of the officers who shot and killed Isak, including both snipers, were from the Bloomington Police Department; Anthony Kiehl, Daniel Nelson, Matt Ryan, and Adam Stier. Both Stier and Kiehl shot one sniper round each at Isak from an adjacent building rooftop about 84 yards away.

Jacob Peterson, the fifth officer involved in the shooting was from the Eagan Police Department.

Both Peterson and Kiehl had recently killed other people that were going through a crisis while the police were attempting to apprehend them. 26-year-old Zachary Premo was killed by Peterson in Duluth in 2013. Four years ago, Kiehl killed 24-year-old Quincy Reindl in Bloomington, Minnesota.

According to the memorandum’s summary of the Ramsey County Medical Examiner’s autopsy report, four of the eleven bullets shot into or through Aden are not identified as being shot by any of the five officers that police claim to have killed Aden.

Sergeant Max Yakovlev, the tactical commander for Burnsville Police Department’s tactical team, was the one who ordered initiation of the tactical plan that led to Aden’s death four and a half hours into the standoff. In 2018, Yakovlev’s Burnsville PD peacefully ended a 12-hour-standoff.

Read the Dakota County Attorney’s statement on the incident (below).

Aden’s family has continually expressed that they wish the encounter had ended peacefully as well. Isak’s brother was at the scene and tried in-vein to help intervene.

Isak Aden was only 23 when he was killed, a young Somali-American entrepreneur and student one semester away from graduation at the University of Minnesota.

Two weeks after Isak’s killing, Eagan’s City Council Meeting was taken over by more than 100 passionate Muslim- and Somali-American community members and social justice activists demanding the public release of all video and transcript records.

We sat down with Sumaya and Dinni, two of Isak’s younger siblings, for an exclusive interview in July. They spoke about who their brother was, how they found out about the incident, and how they wanted the officers who killed their brother to be prosecuted:

11 days later, concerned community members demonstrated boisterously through the walkways of Eagan’s Outlet Mall. Video from the demonstration on July 27:

“The third officer [Adam Stier] that killed my brother has three lawsuits against him for his conduct in administering tests. These are people who know they can get away with lying and killing us.” — Sumaya Aden, July 27, 2019

On Wednesday, Isak’s siblings, Sumaya and Dinni, both expressed they had expected the police would probably be found justified in their actions. They also expected police to say they feared for their lives, yet question how 90 officers on the scene behind an array of lethal weaponry and armored military-grade BearCats could truly have “feared for their lives” facing off with one young adult with a handgun who cannot yet legally rent a car.

Yet, according to the memorandum, none of the five officers actually stated that they feared their own actual life. Instead, all of the officers that the authorities are saying killed Isak said they feared for the almost 100 officers dispersed throughout the scene.

The mistakes that led to the killing of the budding successful young man, older brother, and friends of many, has left a grievous blow on those close to Isak. Now that the investigation has concluded, they know that many of their ideas of justice for Isak are not going to come true and they move forward in attempts to repair the void his death has made. 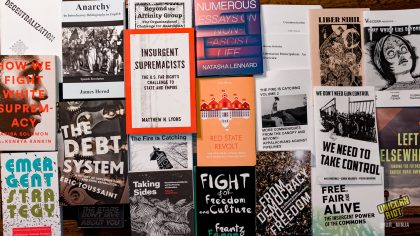 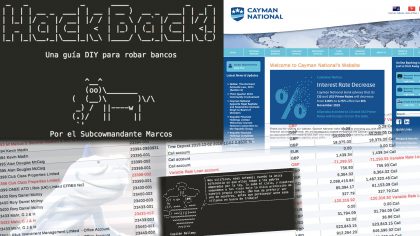