Aurora, CO – Friday marks the summer solstice, which is the longest day of the year. Often the solstice is an especially dangerous day for those who are walking through the desert along the U.S.-Mexico border in search of relief in the United States. Community members in Colorado gathered outside the sole immigrant detention facility in the state to answer a call to action by the humanitarian aid organization No More Deaths/No Más Muertes.

Watch the livestream of the vigil below:

Hundreds joined the action on Friday evening. They read names of individuals who have lost their lives migrating through the desert or while in ICE custody. The crowd walked around the facility where they chanted messages of solidarity to the detainees behind the walls. Some of the inmates responded by waves, showing heart signs with their hands, and even writing on signs. One inmate wrote “7 months” signaling how long he has been there and another wrote “help“.

200+ cmty members screamed chants of #solidarity to the inmates detained inside of #Colorado‘s GEO ICE facility this evening.

Volunteers with No More Deaths have recently been fighting legal challenges and prosecutions brought by the United States government for dropping off water, blankets, food, and medical supplies in locations where the volunteers have previously found human remains.

In fact, federal prosecutors focused on events exactly two years ago on the summer solstice in their arguments against Dr. Scott Warren. On June 11, 2019, Warren’s trial ended in a mistrial, after the jury deadlocked 8-4 in favor of acquitting him. Four other volunteers with the organization were also taken to trial, but their charges were dropped prior to Warren’s mistrial.

In Aurora, CO, community members hope to circle the GEO ICE center in a non-violent, legal action with pairs of shoes to highlight the thousands of people who have been lost in the long journey to find refuge.

The Aurora GEO ICE detention facility has 1,500 beds and is operated as a private prison. There is a class-action lawsuit against the facility, which accuses them of paying detainees $1 a day to help run the facility.

The facility is also being sued by the ACLU of Colorado over information regarding the death of Kamyar Samimi, who died in December 2017 while in their custody. 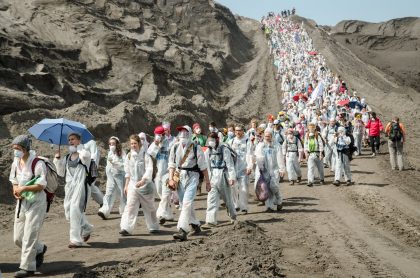 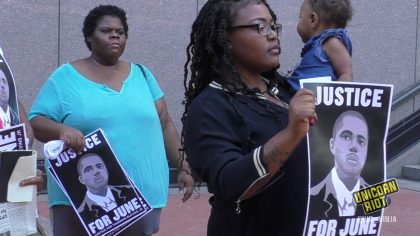