Broomfield, CO – On September 29, 2019, as a culmination to the global climate strike week of action, Colorado residents will be rallying at Anthem Community Park to exercise their first amendment rights in a public forum.

The park is adjacent to Extraction Oil & Gas’ Livingston Well Pad. The proposed fracking site has been in the midst of a forced-pooling lawsuit. The lawsuit was filed on January 23, 2019 on behalf of homeowners challenging the forced-pooling practice that allows oil and gas companies to drill under homeowners’ property without their consent.

Extraction Oil & Gas is the Denver based company which built a fracking site with 24-well pads approximately 1,000 feet from the Bella Romero Academy school building in Greeley, CO about a year ago. The school teaches grades 4-8, with a student body between the ages of 9 and 14. Unicorn Riot reported on this project and spoke to Cullen Lobe, who participated in a non-violent direct action at the site while it was still making its way through the permitting process.

At Anthem Community Park a variety of different activities have been planned for all ages including live music, face-painting, the building of a community garden, and more.

According to 350 Colorado, the primary organization coordinating the event,

“Neighborhood fracking is poisoning Colorado communities and accelerating the climate crisis. From heat-trapping methane leaks to devastating health impacts on frontline neighborhoods and the entire region’s F-grade air quality – it is time we put an end to fracking in Colorado.” – 350 Colorado

Unicorn Riot will be covering the event, so stay tuned. 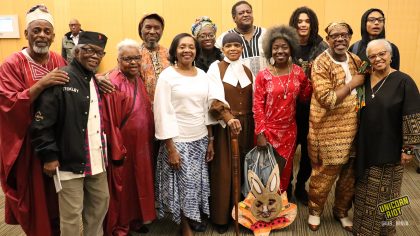 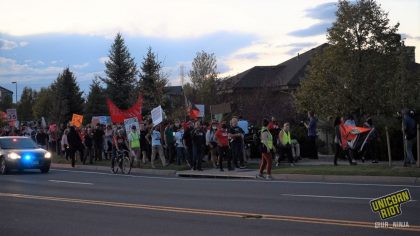