San Francisco, CA – In a shock sweeping the Internet freedom community, technologist, security expert and organizer Kevin Michael Gallagher was discovered deceased in his San Francisco apartment on June 10. Early word from the local coroner is that he passed away June 5, his birthday. Gallagher was 35. Foul play is not suspected.

Gallagher’s professional resume and LinkedIn profile outlined his sweeping activities in both professional and activist circles on both coasts, where he was known as a digital security specialist and committed to curtailing abuses of government power (his website domain ‘cointel.pro’ references the infamous FBI surveillance and infiltration program). He was a certified Linux systems administrator who aided many projects like the Library Freedom Project, the Calyx Institute, and Transparency Toolkit as well as Bay Area companies like Cloudflare and Pandora.

The Courage Foundation posted that Gallagher “was a great friend to whistleblowers and dissidents and truthtellers, and a great person. We will miss him.” In 2016 he testified in defense of Lauri Love, a UK-based hacker who once faced extradition to the United States.

“You placed yourself at the crossroad of alliances between hackers/infosec practitioners, academics, journalists, and artists. You were committed to protecting the security of others. You hacked for the revolution. You were the definition of cypherpunk.

“You were at the heart of the digital rights community for a decade. You believed in privacy by design. You stood with those who fought for justice, fighting for accountability and transparency from those in positions of power. You knew you were part of history and you are indelible as part of ours.”

Gallagher was among the early proponents of ‘cryptoparties,’ events aimed at training people in cryptography tools and personal computer security. He was also a musician. The term ‘cypherpunk’ refers to those associated with the cryptoparty movement and refers to a legacy of encryption and privacy innovators and advocates dating back to the early 1990s. ‘A Cypherpunk’s Manifesto‘ describes the role of a cypherpunk, echoing the many contributions Gallagher made during his lifetime: “Cypherpunks write code. We know that someone has to write software to defend privacy, and since we can’t get privacy unless we all do, we’re going to write it.”

Kevin also wrote in Medium, The Daily Beast, The Guardian, HuffPost, Vice Motherboard, and DailyDot to raise the profile of issues he cared about.

“The growing nexus of intelligence, defense contracting, and cybersecurity is massive. New enterprises appear every day in response to perceived threats and manufactured demand. What we’ve learned so far is disturbing and entails a virtual shopping mall for the technology needed to commit rights violations and neutralize dissent.“

Gallagher attended UMass Boston and later graduated from UMass Amherst with a degree in English, and was based for years in western Massachusetts before heading west.

“I will always remember Kevin as someone who stepped up when the time called for it. When people needed him, he would be there. Most of the time, before we knew we needed him. The Free Barrett Brown is a perfect example of that work. I hope that his memory pushes us to work even harder.“

Gallagher was the founder and public face of the support campaign ‘Free Barrett Brown‘, (@freebarrett_) a prisoner solidarity organization which helped prevent a long federal prison sentence for the journalist targeted by the US government. Gallagher summarized how Brown exposed sprawling secrets and leaks from the private intelligence industry and the surveillance state on a Wiki site called ‘Project PM‘ created in 2009. Brown faced up to 105 years in federal prison, which was ultimately whittled down to a non-cooperating plea deal resulting in 4 years. (After years knocked offline, ProjectPM recently returned to the Internet.)

In 2017, Gallagher wrote about suing the U.S. Department of Justice for collecting records on the donors to Free Barrett Brown, noting that the late technologist Aaron Swartz “didn’t want a defense fund or advocacy campaign for his own situation back in 2011 because he was afraid it would embolden or anger the prosecution and make matters worse, and plus he was embarrassed to ask for help.“

Gallagher dedicated countless hours to making sure Brown didn’t suffer a similar fate to Swartz, who killed himself while facing a long prison sentence due to malicious cybercrime prosecution by the Department of Justice who charged Swartz for allegedly unauthorized distribution of academic research articles. After news broke of Gallagher’s death, Brown said that Gallagher “saved my life” through his efforts.

Gallagher gave interviews and presentations at events like Hackers on Planet Earth (HOPE) X to show audiences that abuses of federal power could have dire consequences not just for Brown, but for whistleblowers and other journalists. A 2014 presentation covers the sprawling web of private contractors that surveil social movements and retaliate when people take an interest in their activities.

Another avenue of work for Gallagher was protecting journalists and whistleblowers from surveillance-driven government repression through helping develop and promote SecureDrop, an important tool that provides secure, anonymized digital filedrops to newsrooms, during his time with the Freedom of the Press Foundation. Gallagher also worked to provide guidance on how journalists could operate more securely.

Kevin Gallagher (@ageis), you are gonna be missed.

Had the pleasure of working with Kevin in projects and campaigns online. In 2019 we finally met in person. Kevin was exceptionally generous and dedicated for others and the causes he supported.

So sad to learn of his passing. pic.twitter.com/3XjNkQoXri

Gallagher also spoke out against surveillance of activists by the ‘Five Eyes’ (the collected intelligence agencies of the USA, UK, Canada, New Zealand and Australia) after the leak of National Security Agency documents by Edward Snowden.

More recently Gallagher had sparred with federal officials over allegations of misconduct, which Barrett Brown has alluded to in recent posts.

His other Internet accounts are listed on Keybase and projects on GitHub; he was on Twitter and elsewhere as @ageis. A YouTube channel includes some of his recent music recordings.

Through an intermediary, Gallagher’s family has requested privacy and will make an announcement later via Facebook about a wake and funeral. 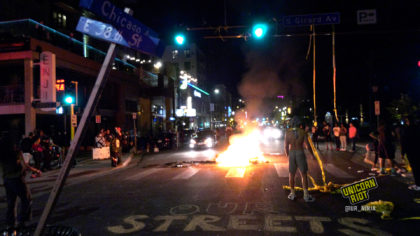 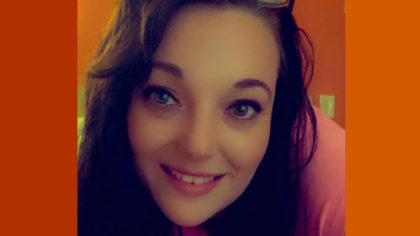