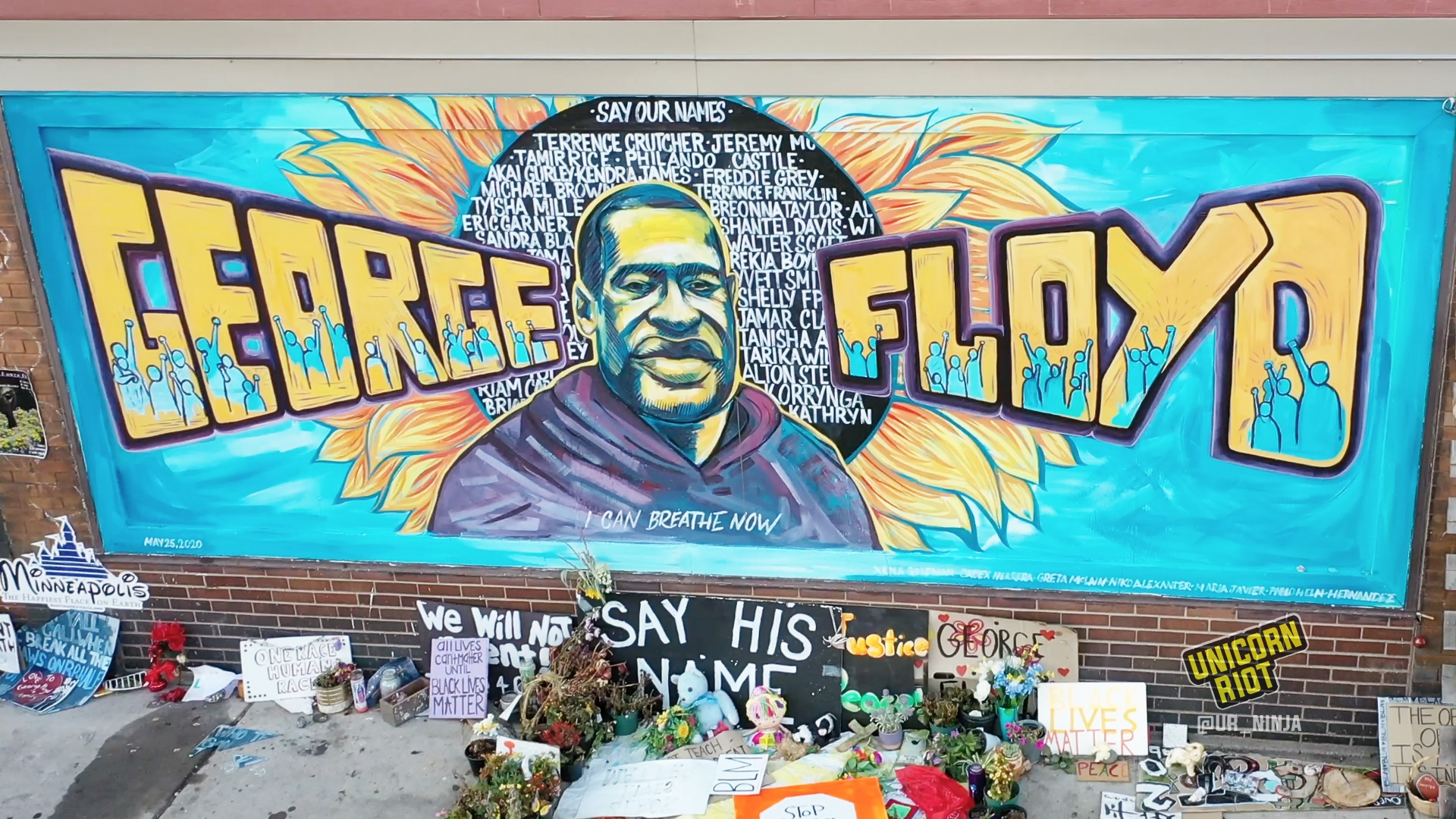 Starting on October 14, what would have been George Floyd’s 47 birthday, Unicorn Riot is publishing an exclusive 5-episode series bringing front line perspectives from the historic uprising in Minneapolis.

Waves of rage tore through the Twin Cities after Minneapolis police officers mercilessly killed George Floyd, a 46-year-old father of five and security guard on Memorial Day 2020. The historic uprising that followed the murder saw the besiegement of the Minneapolis police’s 3rd Precinct by thousands of community members after days of unrest.

Hundreds of buildings were looted, dozens burnt to the ground, two protesters were killed and at least 17 people face federal arson charges.

Within days of George Floyd’s death, Derek Chauvin had been arrested. However, the community demanded the arrest of all the officers involved, leading to another week of continued unrest until the other officers had also been charged and arrested. Now, all four officers involved in the killing are out of jail and awaiting their March 2021 trial.

From in front of the 3rd Precinct and beyond, Unicorn Riot extensively documented the uprising.

Episode 1 is a highlight from Minneapolis, Minnesota, on Day 1 of the uprising, May 26, 2020. Episode 1 is filmed and narrated by Niko Georgiades, and co-produced by Georgiades and Georgia Fort with music by Stony Wellz.

Episode 2 features events that took place in Minneapolis during the evening of May 27 and early morning of May 28, 2020. With an up-close view of the crowd control tactics used by police to hearing from community members in front of burning buildings, Episode 2 takes you into the fiery night before the final besiegement of the 3rd Precinct. The episode was filmed and narrated by Georgiades who co-produced the production with Georgia Fort.

Episode 3 Part 1 features the jarring moments that led up to the besiegement of the 3rd Precinct in Minneapolis, where Derek Chauvin was previously employed. May 28, the third day of the uprising, was the most significant as the community continued directing its outrage at the 3rd precinct leading to it being ransacked and set on fire, something that has historically never been done in response to racial injustice. The next day, Derek Chauvin was charged with third-degree murder and second-degree manslaughter charges. Ep. 3 Pt. 1 has footage filmed by Unicorn Riot members Jenn Schreiter and Niko Georgiades along with footage provided by Sophia Narwitz. The episode is narrated by Georgiades and co-produced by Georgia Fort with music by Stony Wellz.

Episode 3 Part 2 features interviews with three of George Floyd’s friends and brings perspectives from people on the frontlines describing what they saw during and after the besieging of the 3rd Precinct in Minneapolis on May 28, the third night of the George Floyd Uprising.

Footage in Ep. 3 Pt. 2 is from Teddy Grimes/Extensive Knowledge Productions and Unicorn Riot’s Georgiades and Jenn Schreiter. Narration by Georgiades, who co-produced the episode along with Georgia Fort. Music from Stony Wellz.