Hambach Forest, Germany – One of the largest police mobilizations in recent North Rhine-Westphalian history is currently underway in Germany to evict activists protecting Hambach Forest. Thousands of government forces from all over Germany have descended onto the forest in recent days, bringing with them assault rifles, APC’s, water cannons and heavy equipment to clear the area of tree sitters and other activists who are refusing to leave.

UPDATE SEPT. 19, 2018: A journalist is dead after falling from a bridge between trees during German police operations to clear climate justice activists from the Hambach Forest. German authorities confirmed that the man succumbed to his injuries after the incident on the afternoon of Wednesday, September 19.

On September 13th, 2018, state and federal police along with special forces and rescue teams began to enter Hambach Forest in an attempt to forcefully evict all remaining land defenders living in 60 tree houses. Land defenders lit tires and defended barricades at the entrance to Hambach Forest. According to reports, German police claim to have been attacked with rocks, molotovs, and catapults upon entering the forest. Eventually, police made their way through the forest toward multiple tripods where they began to dismantle structures and make arrests.

For the last five years, activists have remained the last line of defense to protect the Hambach Forest, an ancient 12,000 year old ecosystem which grows above a large source of lignite (coal). The forest, located between Cologne and Aachen, is targeted for destruction by RWE in the coming months to make way for the largest lignite mine in Central Europe.

The Rhenish (Rhineland) lignite-mining region covers a 2,500km² area and is currently the source for one-third of the entire CO2 emissions in Germany. Activists want not only to protect what is left of the ancient forest in an area that already hosts numerous mines, but to also decrease CO2 emissions which are one of the causes of global climate change.

RWE plans to “cut down about 100 hectares of forest from mid-October.” The mining company, RWE, estimates it will take until around 2045 to fully exploit all lignite in the region.

Since the end of August 2018, police have begun circling the area and slowly increasing their base of operations in preparation to enter and evict the land defenders holding Hambach Forest. On August 31st, the forest was declared a “dangerous place” (according to code § 12 PolG NRW).

Just days before the eviction, the North Rhine-Westphalian Minister of Construction (CDU), Ina Scharrenbach, ordered the immediate evacuation, citing the “imminent danger for the life and limb of tree house residents for reasons of fire safety.” This pretext allowed authorities to begin restricting access, rights to assembly, and normalize the presence of police and searches of individuals in the area.

The anti-capitalist eco-activists within the forest have built a community which operates without money or status, and where a society of tree houses have been horizontally organized.

“We defend the forest with barricades and sometimes tripods on the streets. We try to block the machines which cut the trees. Every treehouse has a lockdown, so if we are going to be evicted, we can make it more difficult and more expensive [for authorities to get them out].” – Forest defender/protector from Hambach Forest

At the Networks of Resistance conference last year in Athens, Greece, frontline forest defenders spoke about life in Hambach Forest; the history of the forest, why they are there, and the alternative society they are building outside of the state and “having a space where [they] can experiment and try out some of [their] ideas of how society and how relationships between humans could work.”

Police have the area surrounded and access to the Hambach Forest is no longer possible. Thursday night, in cities all over Germany, people prepared to gather in the streets to demand police end operations against Hambach Forest and to allow the ancient forest to remain in tact.

On Friday, September 14th, police discovered tunnels being used by the land defenders. Police are reportedly attempting to clear the tunnels of activists locked down underneath the ground. According to witnesses on site, police are driving heavy equipment over the occupied tunnels and using gasoline-powered equipment near the tunnels ventilation system. At the time of this writing, no activist has left a defensive position voluntarily.

During the first #tunnel eviction in #HambachForest in 2012, police endangered the life of the underground activist by causing a partial collapse of the tunnel due to machines. Make sure they take care now in #Oaktown with the tunnel under Simona! #hambibleibt #endcoal #StopRWE pic.twitter.com/Jku4DRJyf6

Activists have been not only defending the land through occupation of Hambach Forest but also taking mass direct action on multiple occasions in recent years. Click here to watch actions taken against coal mines in Germany, including an interview with a participant of the demonstration.

Although the Rhineland lignite mines in Western Germany are one of the largest coal mining regions in Central Europe, Germany continues to import a large amount of coal through the Port of Amsterdam and Rotterdam (Netherlands). Around 70% of the coal imported through these terminals is sent to Germany. In 2017, Unicorn Riot was in Amsterdam, Netherlands, to document and live stream hundreds of activists taking direct action to shut down the coal terminal. Watch the the video here.


Unicorn Riot reporting on the ZAD-NDDL: 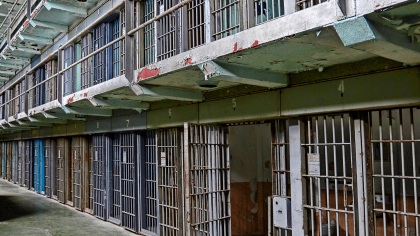 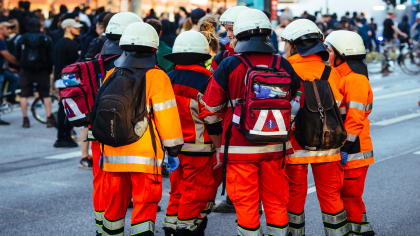