St. Paul, MN – Toshira Garraway’s life was turned upside down following the death of her fiancé, Justin Teigen, twelve years ago. Teigen is the father of Garraway’s child and was 24 when he was found dead in a recycling center after an encounter with Saint Paul Police (SPPD) on August 19, 2009.

Commemorating Teigen’s life on the day he died, Garraway organized a candle light vigil for 6 p.m. on August 19 near the site where he was last seen alive, off University and Hamline Avenues.

Also on Saturday, August 21, at 3 p.m. a march for Teigen and all stolen lives is planned to start at the Western District Police Station and go to the Minnesota State Capitol. Unicorn Riot was live for the march.

A media release for the Saturday event by FSFAPV says that since the day Teigen was found dead, there’s been “numerous inconsistencies in the investigation.”

“At first they claimed there were no videos; later they claimed the videos were destroyed in violation of their own data retention policy. The St. Paul Police Department continues to deny Justin’s family other information related to the investigation.

To mark the anniversary of Justin’s death, we will come together to demand answers and accountability, which can only be achieved if the case of Justin Teigen is reopened. We will also demand justice for all whose lives were stolen by law enforcement.“

Two years ago, Garraway sat down with Unicorn Riot and shared her story.

Teigen was stopped by SPPD in the Midway Shopping Center on University Avenue. Police say he ran into a concrete pole, fled officers on foot and climbed into a recycling bin to hide from police. According to Garraway, after the foot chase, the police beat Justin to death and threw his body in the recycling bin.

Surveillance of the incident was captured from Walmart on University Ave. showing the foot chase, but goes black before you’re able to see just how Justin ended up in the recycling bin, said Garraway, who believes this is because there was foul play.

Justin’s death certificate states “asphyxia due to mechanical compression in recycling truck,” as the cause of death.

No charges were brought against the officers.

In March 2021, on the eve of the widely-watched Derek Chauvin trial, Garraway helped organize a press conference featuring the voices of a dozen families who had lost their loved ones to police terror.

“There was many police murders that led up to George Floyd.

A month later, on April 11, 2021, FSFAVP co-organized a march in St. Paul rallying around seeking justice for Justin Teigen and other stolen lives. Garraway led the action.

The April 11 justice for Justin Teigen march was marred by yet another police killing when 20-year-old Daunte Wright was fatally shot by police during a traffic stop 20 miles away. Brooklyn Center Police Officer Kim Potter shot Wright point-blank in the chest claiming she meant to shoot him with her taser and not her service weapon. She’s since been fired and is facing second-degree manslaughter charges.

Since speaking out publicly about her fiancé just a few years ago, Garraway has been a fixture on the frontline of the movement against police violence. Over the recent year, she’s pushed for legislative reforms surrounding qualified immunity and the statute of limitations that continues to shield police from consequences for wrongdoing.

Garraway has continued her activism for several years now and with FSFAPV, she’s supporting other families going through trauma. 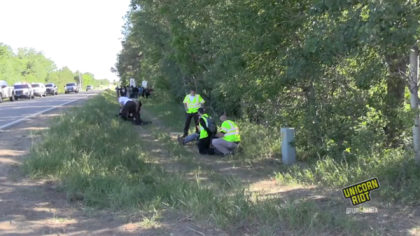 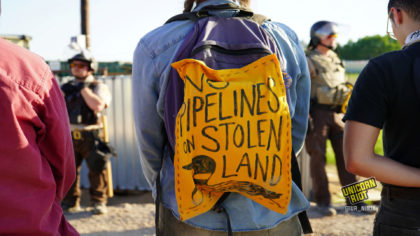