Tijuana, Mexico – On Monday, December 3, 2018, Unicorn Riot witnessed migrants arrested by U.S. Customs and Border Patrol agents after crossing the border wall near the Pacific ocean. The arrests came as numbers of migrants desperate to seek asylum in the United States grow, and wait times for asylum claims extend into months. Some migrants are currently located in a El Barretal, a shelter eleven miles from the border, while others refused to leave the area where the Benito Juarez shelter was located in Tijuana, much closer to the US border.

Near the ocean, groups of migrants watched as the Border Patrol detained someone who crossed into the southwestern corner of the United States. People gathered along the border wall on the Mexico side cheered at first, but then silently watched him get driven away in a Border Patrol SUV.

Close to the border, about a five minute walk, migrants and allies are continuing a hunger strike, demanding an increase in the daily quantity of asylum claim processing.

Helicopters continue to patrol the border wall as Trump threatens to close the southern border unless Democrats give in to demands to fund another wall. While many speculated this rhetoric was an election year ploy, it now looks as though the wall building push is turning into an attempt to follow through on a presidential election promise to further fortify the already militarized southern border. 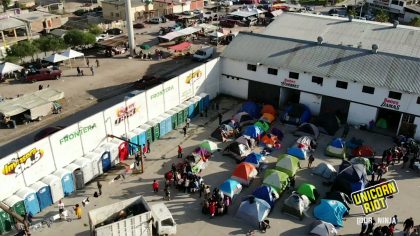 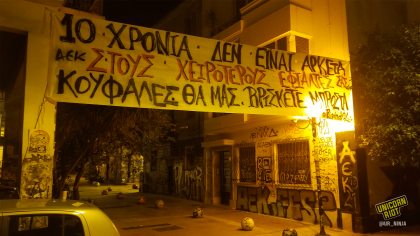 Athens Prepares for 10th Anniversary of Teenager’s Death by Police