Chicago, IL – The CTU (Chicago Teachers Union) remains on strike for the 12th day after no agreement could be reached over the weekend. Monday marks the eighth day of missed classes, as compared to seven missed days of class during the 2012 CTU strike.

Unicorn Riot covered the day’s events. Tune in below for our unedited live streams:

Over most of the weekend, CPS (Chicago Public Schools) and the CTU were both more muted in their tone online and to the press. Both sides even suggesting they were close to a deal.

That changed Sunday evening when Chicago Mayor Lori Lightfoot held a press conference where she stated “we are enormously disappointed that CTU cannot simply take yes for an answer.”

The mayor was suggesting that the latest CPS proposal says “yes” to all the CTU’s demands. CTU does not see it that way.

Some of the remaining sticking points the city hasn’t fully agreed to yet are class size limits for all schools, librarians in every school, and adequate measures taken to provide for learners with special education needs. CTU claims this remaining gap is $38 million or just .5% of Chicago Public Schools’ annual budget. CPS officials say the amount is closer to $100 million.

Separately, SEIU Local 73 members that have been striking alongside CTU have reached a tentative agreement with the city. Despite this progress, SEIU announced Sunday night that its members will remain on the picket lines until CTU gets an agreement of their own.

Hours after the rally Saturday, a few dozen teachers, support staff and allies confronted Chicago Board of Education President Miguel Del Valle. They asked for Del Valle to commit in writing to champion students with special education needs, which he did.

That night on Saturday Night Live, Chicago native Chance the Rapper gave support to CTU during his opening monologue.

Here’s @chancetherapper on the @CTULocal1 strike: “Honestly to the teachers in Chicago, I know you are on strike right now. I fully support you. I just wish when I was in school my teachers had gone on strike.” pic.twitter.com/os9M8gTqtW

On Sunday, another solidarity rally was held, this time at New Mt. Pilgrim MB Church. A highlighted speaker was founder of the ‘Poor People’s Campaign’ and civil rights leader Rev. William Barber II.

Reverend Barber’s flight was delayed, but he was still able to video conference-in with his message of support.

Sunday 10.28.19
A solidarity rally was held at New Mount Pilgrim Church in #Chicago where speakers spoke in support of the ongoing #CTUstrike.#CivilRights leader Rev. Dr. William J Barber II teleconferenced in to give words of support. pic.twitter.com/jWQTdP7rPL

Even if CPS and CTU can reach an agreement today, the union will still have to convene its delegates in order to vote and end the strike. Unicorn Riot is on the ground in Chicago as the strike continues, stay tuned for more updates. 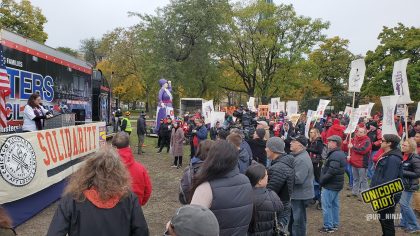 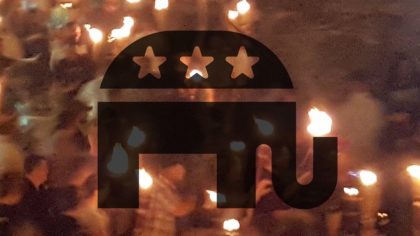