Bemidji, MN – “Pervasive” policy failures leading to “regular and gross violation[s] of Minnesota jail standards” were found in a second review of the death of 27-year-old Hardel Sherrell in Beltrami County Jail. The findings of the re-review were detailed in a May 15 letter from Minnesota’s Department of Corrections (MN-DOC) to the Beltrami County Sheriff.

Father of three girls, Sherrell was healthy on August 24, 2018, when he was transferred to Beltrami County Jail to await court proceedings on a gun charge. Nine days later he died in a medical segregation cell from complications due to Guillain-Barré Syndrome.

Sherrell repeatedly pleaded for help as his health quickly deteriorated. Jailers and doctors said he was “faking” his sickness. He was eventually taken to the hospital only to be discharged after a quick visit. He died the next day.

A first review of the death of Mr. Sherrell concluded that all procedures were done in compliance with jail standards. That report was either a blatant cover-up or extremely insufficient, as jail videos and documents gathered by the legal team of Del Shea Perry, Sherrell’s mother, proved extreme medical negligence by the jailers. The re-review states that Beltrami County initially only gave the DOC Inspection and Enforcement Unit 12 hours of data from before Sherrell’s death for the first review.

In an exclusive release last November, Unicorn Riot published six videos from the Beltrami County Jail and a timeline of events depicting the negligence shown towards Sherrell during his detainment – Harrowing Footage Shows Man’s Last Days Before Dying in Jail.

In December, DOC Commissioner Paul Schnell ordered a re-review of Sherrell’s death. The updated review gained access to all of the other data, including “476 hard copy documents and approximately 828 video clips” from Sherrell’s nine days incarcerated and the aftermath of his death.

The re-review findings letter was signed by DOC Inspection and Enforcement Unit Director, Timothy Thompson, and was addressed to Beltrami County Sheriff Ernie Beitel and cc’d to Schnell, two other DOC staff, and Beltrami County’s Jail Administrator Calandra Allen. Beitel replaced retired Phil Hodapp, who was sheriff at time of Sherrell and several other recent deaths in the jail.

Jail Administrator Allen is a defendant in Perry’s lawsuit, which among other things, accuses her of overriding a jail doctor’s orders to bring Sherrell to the hospital three days before he died claiming Sherrell was trying to escape. Allen is also specifically mentioned in the re-review findings as not following the protocols of health care.

The letter lists four violations but “did not document each specific violation of well-being checks or other requirements” as there were so many. Along with the listed violations were the findings and suggested corrective actions of re-training and implementing policy updates all with a deadline of July 1, 2020.

The violations come with no consequences from the DOC, but a warning was given that if continued violations occur, punitive actions would be taken.

“While it is beyond the scope of our authority to determine whether or not compliance with the rules would or could have resulted in a different outcome, the deterioration of Mr. Sherrell’s condition over his nine-day term of incarceration in the Beltrami County Jail is notable and disturbing.” — Quote from re-review letter signed by Timothy Thompson, MN-DOC Inspection and Enforcement Unit Director

Perry said to Unicorn Riot that she wants criminal charges filed “immediately against those who were directly involved with the murder of [her] son.” She expressed appreciation to DOC Commissioner Paul Schnell for the re-review and said she seeks justice and accountability for those involved.

“Now that it’s in writing and from the head of the DOC, what are they going to do about it? We feel criminal charges need to be filed immediately against those who were directly involved with the murder of my son! I repeat, murder, because that’s exactly what they did. And they need to be held accountable for their actions. Justice must prevail! We appreciate the actions of Paul Schnell and the DOC for the re-review.” — Del Shea Perry

Read the DOC letter, obtained through Del Shea Perry and Paul Blume of Fox 9, below.


This review validates what the videos show and what Sherrell’s mother has been saying all along, that her son died an agonizing death of medical neglect from jailers who couldn’t care less. She said that this five-page re-review was like “night and day” compared to the first review that was a paragraph long.

On November 19, 2019, two weeks after the jail videos were published and after the first review came back with nothing wrong, Perry held a rally outside the offices of Minnesota’s DOC and attempted to speak with the inspector of the first review. We were live for the rally, see the video below.

During a January 2020 press conference called ‘The St. Paul Police Department (SPPD): A Decade of Disgrace in Review’, on the fifth year anniversary of Marcus Golden being killed by SPPD, Perry spoke about her son’s case and how it wasn’t isolated, that Stephanie Bunker and Tony May also died in Beltrami County Jail in the last five years.

She said that “as a mother who has lost her only child” something had to be done to prevent further deaths in the jail. The corrective actions in this re-review, like following well-being check protocols, are a start to preventing further medical negligence.

The four violations, findings, and corrective actions listed were as follows:

Perry said she was glad she listened to her son when he told her on a phone call from jail to “get a lawyer and have them look at the video cameras because they [were] mistreating” him. She lawyered-up quickly and her legal team was able to get the numerous jail videos proving contradictions in the written reports from the jailers.

The calls for Beltrami County Jail to be shut down continue and the damning findings in this re-review are an uncommon, yet needed step towards accountability and is a step closer for Perry and her family to receiving justice for Hardel. 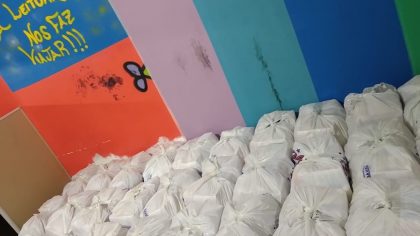 The Coronavirus Crisis in Brazil – An Interview with EmiciThug 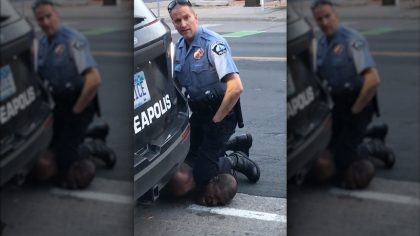