Update 3/9/17 4:00pm MST: On Monday, March 6th, 2017, the Trump administration issued their new version of the “Muslim Ban”–“Executive Order Protecting The Nation From Foreign Terrorist Entry Into The United States.”

Here are the key parts of the new ban:

the Secretary of State, in consultation with the Secretary of Homeland Security, is further directed to make changes, to the extent permitted by law, to prioritize refugee claims made by individuals on the basis of religious-based persecution, provided that the religion of the individual is a minority religion in the individual’s country of nationality.”

Update 2/3/17 7:37pm MST: U.S. District Judge James Robart in Seattle temporarily blocked Trump’s ban on Muslims after Washington and Minnesota argued for a nationwide hold. Although Trump’s administration can appeal the ruling, the temporary restraining order is immediately effective, so those who were hoping to travel to the U.S., but couldn’t because of the ban, have their chance. The Justice Department made no comment on whether there would be an appeal. According to Reuters, “Washington’s case was based on claims that the state had suffered harm from the ban, for example students and faculty at state-funded universities being stranded overseas.“

Since Saturday, January 28th, 2017, thousands have been gathering at airports across the country to show opposition to Trump’s newest executive order, signed the day before, which is primarily a ban forbidding people from certain predominantly Muslim countries from entering the United States.

In less than 24 hours after its enactment, 109 people who legally traveled to the U.S. had been denied entry upon their arrival and 173 were not allowed to board U.S.-bound airplanes.

In at least six major airports around the country, volunteer legal teams, some with over a hundred attorneys, have set up make-shift offices in restaurants and at arrival gates to support the people arriving from international flights who may be affected by the ban.

The legal team, including the ACLU, at the John F. Kennedy International Airport (JFK) won the first of several lawsuits filed on behalf of detainees, which temporarily blocked the government from deporting people who had already legally arrived at a U.S. airport or who were in legal transit to the U.S. from one of the Muslim-majority countries included in the ban while the executive order was being signed by Trump.

A 2015 bill called the Visa Waiver Program Improvement and Terrorist Travel Prevention Act of 2015, which was enacted during the Obama Administration, is the ban’s predecessor. Four of the seven countries in the ban were named in the original Visa Waiver bill–Iraq, Iran, Syria, and Sudan. The other three were added in 2016–Libya, Yemen, and Somalia.

However, late Sunday, January 29th, 2017, Secretary of Homeland Security John Kelly issued a statement to clarify and alter the restriction on U.S. green card holders; now U.S. legal permanent residents will be allowed to enter the U.S., on a case-by-case basis depending on their perceived threat level.

If this ban is supposed to protect Americans from terrorism, it should focus on people who already live in the U.S. because according to a study by New America,

None of the deadly attackers since 9/11 emigrated or came from a family that emigrated from one of these countries nor were any of the 9/11 attackers from the listed countries. Seven of the lethal attackers were born American citizens.”

Since 2002, right-wing militants have killed more people in the U.S. than jihadists.

According to Arie Perliger, director of terrorism studies at the Combating Terrorism Center at West Point, the three ideologies within the violent American far-right are racist, anti-federalist and fundamentalist . . . The granddaddy of the three in the United States is the racist movement, the modern iteration of which is usually traced to the formation of the KKK in 1865 . . . In recent years, an explosion in the number of militias has been linked by experts to the beginning of the Great Recession in December 2007 and the election of Barack Obama months later. In 2008, according to the Southern Poverty Law Center, there were 42 militia groups; today, there are 276.”

Below is the full text of what has been termed the Muslim Ban:

On Saturday the 28th, in Denver, CO, four people traveling from Germany were detained after arriving at Denver International Airport (DIA) and were questioned by Border Patrol agents for nearly two hours before they were free to continue their travels. The detainees were an Iranian married couple and a mother with her infant who had just spent time in Syria.

Fortunately for the travelers, DIA is one of the airports where a legal team has descended. The team is pictured below, waiting at the international arrivals gate holding signs in English, as well as the most common languages from the seven countries in the ban.

Daria Zeynalia, a U.S. green card holder, was visiting family in Iran for vacation when the Muslim Ban went into effect. According to The New York Times, “he had rented a house and leased a car and would be eligible for citizenship in November.” Zeynalia has a job and a life in the U.S. and is now forced to question if he will “lose everything“. There are countless other people with similar tragic stories.

One of them is Hajira Jilaow, who, along with her six daughters, are Somali refugees. After flying to Nairobi in a chartered United Nations flight from their refugee camp, they have been awaiting their immigration to the U.S for about two weeks:

We have all documents. We are real refugees. I was waiting for five years. I have endured much but I was always optimistic that I will have a brighter future once I am resettled in the U.S. But unfortunately we were told … that the US President does not allow refugees into his country. I am shocked. I used to hear America always protects vulnerable people and cares about human rights. But I do not think that is true now as this happened to us.”

According to The Stranger,

Feinstein’s bill would overturn Trump’s executive order, but Senate Republicans refused to vote on the bill on Monday. Murphy’s bill would prevent any federal funding from being used to carry out the order and clarifies that it is illegal under the 1965 Immigration and Nationality Act.”

On Senator Murphy’s government website he released a statement about his bill:

President Trump’s irresponsible and shameful executive order makes America less safe, and Congress needs to block its implementation immediately. Trump has handed ISIS a recruitment gift that ultimately will get Americans killed. We’ve already seen its consequences. Connecticut resident Fadi Kassar’s five year-old and eight year-old daughters were turned away at the airport on Saturday morning traveling from Syria after being approved as refugees. Those kids are the exact same ages as my two sons. Thinking about how scared they must have been, and still are, makes me furious. Congress needs to show the world that America is better than this.”

Protests continue as the Muslim Ban nears its first week of existence. On Thursday, February 2nd, 2017, in Brooklyn, NY, Yemeni bodega owners were on strike:

Also on Thursday, Comcast employees at the Philadelphia headquarters walked out in opposition to the ban:

Comcast employees in Center City walk-out to oppose #MuslimBan. They’re about to march. Protest was organized on Slack. pic.twitter.com/4knYXN6SdZ

Earlier this week on Monday, January 30th, 2017, two thousand Google employees worldwide, including Google CEO Sundar Pichai and cofounder Sergey Brin, walked out of their offices to rally in the streets and hold signs:

Google employees assembled to speak out against the #MuslimBan

Along with street protests and walk-outs, technology companies including Google, Amazon, Apple, Facebook, Microsoft, and Netflix have also issued statements in opposition of the Muslim Ban.

Many people opposed to the ban have used the argument that this country was built upon immigrants and refugees, and therefore, this ban is un-American. The ban was also signed on Holocaust Remembrance Day, which Rabbi Jill Jacobs, Executive Director of T’ruah, a network of rabbis that champions human rights, says is an insult.

It is an insult to release this executive order on International Holocaust Remembrance Day when we realize that millions died because they couldn’t find refuge in the United States or anywhere else, and many of the reasons that were given for why the US couldn’t let Jews in are very similar to reasons that are given for blocking refugees, especially Muslim refugees, now.”

Native American activists have started a campaign against the ban called “No ban on stolen land.”

Estes expresses his unique opposition to the ban to CBC News:

People were singing things like ‘This Land Is Your Land’ or ‘The Star-Spangled Banner,’ and it was a very jarring experience for a lot of Native folks that were there, it didn’t accurately tell the history of exclusion and banning people, and whose lands it actually belong to . . . It’s not that we have to say we’re pro-immigration for people to come and steal our lands. It means that if people are gonna come here and coexist peacefully, it has to be on the terms of the people whose land it is to begin with . . . It means that the United States, as a settler nation, does not have the final say on who or what comes into the country because it’s not theirs to own.”

The language used by Trump in the first section of the Muslim Ban entitled “Purpose”, proves contradictory to the reasoning behind the ban, as well as, to most of his and his administration’s sentiments.

In addition, the United States should not admit those who engage in acts of bigotry or hatred (including “honor” killings, other forms of violence against women, or the persecution of those who practice religions different from their own) or those who would oppress Americans of any race, gender, or sexual orientation.”

The ban itself, though denounced by Trump and his administration, is a ban aimed squarely at people who practice the religion of Islam.

Below are the two videos from our live stream coverage of the Muslim Ban protest at the Denver International Airport on Saturday, January 28th, 2017.

Back on November 11th, 2016, ACLU published a one-page open letter in The New York Times to Trump, which stated:

If you do not reverse course and endeavor to make these campaign promises a reality, you will have to contend with the full firepower of the ACLU at your every step . . . One thing is certain: We will be vigilant every day of your tenure as president.”

If their response to the Muslim Ban is any indication, the ACLU will not be backing down and will remain true to their word. With the immense uprisings all over the country against this ban from grassroots efforts to highly influential and powerful corporations and politicians, it seems that the people power will keep growing and will continue to be persistently resilient in their actions to repeal this ban on Muslims.

To read our other coverage of the #MuslimBan, please check out the articles below: 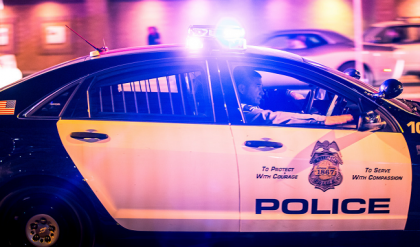