Minneapolis, MN – Lionel Lewis was 26-years-old when he died in police custody in northern Minnesota in 2002. Lewis’ daughter, Mia, was only one at the time.

Mia is dedicating her birthday this year to her father and has organized a public demonstration in remembrance of him. Unicorn Riot is providing live, unedited coverage of the demo:

Starting at the US Bank Stadium, marching across the Stone Arch Bridge and ending at Father Hennepin Bluff Park, hundreds are celebrating Lewis’ life, demanding police accountability and to reopen Lewis’ case.

On the Facebook event page, the event description says the following about Lewis’ case:

On July 14th 2002 a call was made by a bystander for a “POSSIBLE domestic violence” The officers arrived to Day Lake in Hibbing,MN. Before even addressing the situation they approached my father with drawn guns.

The three officers: Mike Douville, Kris Halverson, and Brent Everett murdered my father. They beat my father so badly that his eye ball was out of the socket, his ribs were broken, his scull was cracked. They proceeded to spray an entire bottle of mace in my fathers face, put a spit bag over his head and leave him in a squad car when it was 84 degrees out WITHOUT IT RUNNING FOR OVER AN HOUR, well getting statements from bystanders. They left my dad unresponsive for over an hour and a half before a call was made for medical attention.

My dads death was falsely labeled as “agitated delirium”. These officers were never held accountable. Please march with us to help get my dads name out there and help us reopen the case!!!

— taken from the March For Lionel Lewis Facebook event

The cause of death was listed as “excited delirium” just as in the case of Nekeya Moody, who died after a struggle with police officers in February 2020. Moody’s sister said she laid unresponsive and lacking medical care for 10 minutes. 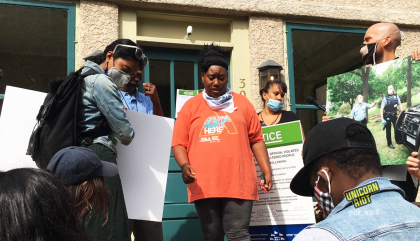 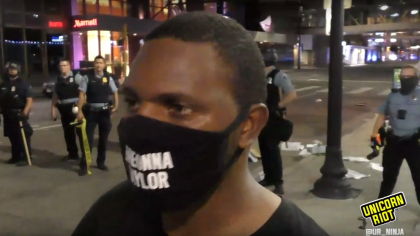