Minneapolis, MN – A new wave of unrest hit downtown Minneapolis after a man reportedly shot himself late on Wednesday afternoon near 8th and Nicollet Mall.

A city-wide curfew was in effect between the hours of 10:00 p.m. and 6:00 a.m. Emergency alerts went out around 10:50 p.m., almost an hour after the emergency curfew had been scheduled to begin.

As of Thursday, August 27, 132 arrests have taken place. The National Guard was activated by Governor Walz Wednesday evening.

Earlier in the evening on Wednesday, civic groups and organizers showed those gathered what was said to be evidence that the police did not directly shoot the now-deceased individual.

Among the hundreds of people downtown, some small spontaneously-formed groups removed goods from stores such as Foot Locker and Saks Fifth Avenue. Target, Walgreens, Nordstrom’s, and other sites also received damage amid an increasingly-tense political situation.

Police used heavy pepper spray repression tactics around Foot Locker, which intensified the rage of community members on the streets.

Around 10 p.m. it was reported that Mayor Jacob Frey had called an immediate curfew for the city as well as requested National Guard personnel. Governor Tim Walz posted to Twitter that the Minnesota State Patrol has been deployed.

A large wave of possible gunfire or other incendiaries around 10:15 p.m. sent the crowd fleeing. Police made a rush near Hen House with live service weapons brandished.

Around midnight Minneapolis police were seen rolling through city streets with their rifles drawn.

In scenes reminiscent of the #GeorgeFloyd uprising, police are riding thru south side Minneapolis neighborhoods with officers with rifles hanging out the back of their truck. pic.twitter.com/KMynSZLItA

One of the city’s Walgreens outlets in South Minneapolis was set ablaze, not far from George Floyd Memorial Square.

The unrest is taking place as rioting and protests have intensified in Kenosha, Wisconsin, after the police shooting of Jacob Blake, and no arrests have taken place regarding the police who shot and killed Breonna Taylor earlier this year.

Earlier in the evening on Wednesday, August 26, Unicorn Riot covered a march for Lionel Lewis, a father killed after a police interaction in Northern Minnesota almost twenty years ago. His daughter Mia had dedicated her birthday to her father, organized the memorial event on that day.

That same day Unicorn Riot released an interview with two youths who had been detained in an arrest wave the evening of Monday, August 24. The targeted arrests took place following a demonstration at the Hennepin County Government Center in solidarity with Jacob Blake protesters in Kenosha.

Watch our live stream from the August 24 Justice for Jacob Blake event:

This is a breaking news story from Minneapolis, MN. Unicorn Riot will continue to provide updates as they are received. 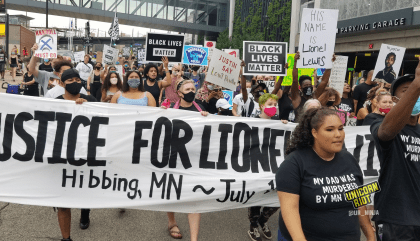 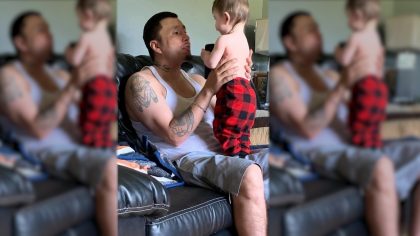