Minneapolis, MN – Unicorn Riot filed a public records request to the Minneapolis Police Department (MPD) for information related to the occupation of the 4th Precinct in 2015 after Jamar Clark was killed by police.

The documents we received offer a glimpse into the world of the MPD’s Strategic Information Center (SIC) where intelligence analysts are monitoring individuals and protests through fake social media accounts.

The SIC is a law enforcement fusion center which “coordinates sharing information about significant crimes and investigations” and utilizes various information gathering techniques such as Open-Source Intelligence (OSINT) and predictive crime analysis (aka predictive policing).

Intelligence is passed between each fusion center using email and ICEFISHX, an internet-based intelligence sharing and alert network.

The emails provided from the data request show discussion between intelligence analysts at the SIC who were monitoring Unicorn Riot live streams during the 4th Precinct occupation protests in late 2015.

Multiple pages within the batch of government data show an unknown email account, which has been redacted under 13.356 (personal email), receiving automated notifications from both Livestream and Twitter addressed to an Angel Garcia-Lonetree.

A brief review of Angel’s account on Livestream.com shows the user is only following Unicorn Riot. We also noticed that Angel’s Twitter account @lonetreeangel was created back in 2011, the same year as Occupy Wall Street movement (we’ll come back to this later).

We soon discovered the Twitter account is registered to a Gmail address, which is likely the same email address which has been redacted in the emails. Using this email address, we were then able to tie multiple other social media accounts, with matching names and images, to the Gmail account.

One tweet from 2016 appears to show ‘Angel”s account tweeting about Mike Freeman, the Hennepin County Attorney who oversaw the investigation into the police killing of Jamar Clark.

The account @LonetreeAngel also shows the user liking a tweet announcing a not guilty verdict for Minneapolis police officer Efrem Hamilton who shot into a car full of teenagers.

The Twitter account also commented “FAIL!” on a January 2018 @BlackLivesMpls tweet in regards to a banner drop which took place during Super Bowl 52’s Media Day at the Xcel Energy Center in St. Paul.

Angel Garcia-Lonetree’s Facebook page “GL Nevaeh Angel”, also displaying the same profile image of a butterfly neck tattoo, shows they have been following various protest activity in Minneapolis. Angel’s account RSVP’d to an event called “The Reoccupation of the 4th Precinct”,  an SEIU union event called “Rally to Reclaim Your Dreams”, and a protest on January 20th, 2017, called “Resist Trump’s Agenda in Minnesota”.

Unicorn Riot then conducted a reverse image search to find matches on the butterfly neck tattoo profile image used in all of Angel’s social media accounts. We discovered a match and were able to determine the web address of the original image. Using the sourced link provided, we were then able to verify that the butterfly tattoo and image belongs to an art student in Italy, who had posted the picture back in 2007, further raising our suspicions that Angel is actually a web of fake “sock” accounts. According to the last message posted to the artists account before it was deleted, they were removing their photos because “u know, thieves and stuff”.

According to Communities United Against Police Brutality (CUAPB), an organization that operates an open-source database of Minneapolis police officers names, there is no officer named Angel Garcia-Lonetree that ever worked for the MPD.

Unicorn Riot conducted a deeper online search of the name which provided zero matches. We then searched criminal, civil, and marriage records across multiple counties, none of which returned any results for Angel’s name, or variations of it.

As we began to question if Angel even existed, we went back to digging through our batch of emails to see what further leads, if any, we could discover. At first glance, the times and dates of the emails appear irrelevant, until you line them up chronologically.

After noticing Angel’s Twitter account was following a local anti-police brutality activist from Minneapolis, known as Hill, we reached out to them asking if they’ve ever had any interaction with Angel. Having only asked about the twitter handle and given no further details, Hill responded:

“I noticed they started following me right after the MPD was trying to track me down after all that mysterious chalk showed up near the police union. I have my suspicions that it is a fake account.” – Hill

We then told Hill that their own assessment was accurate, to which they then offered to forward information related to their case. We discovered that during the MPD investigation into Hill, an officer “contacted Lt. Rugel with SIC to see if someone from SIC could check any Facebook, Twitter, Instagram, accounts that could be linked to Hill” which could be used to prosecute them for “damage to property” from “chalking/graffiti”.

After we established the data trail leads to Officer Jeff Rugel, Commander of the Strategic Information Center, we began looking into the officer’s background.

Back in 2011, Jeff Rugel was the Committee Chair of a massive fusion center intelligence operation which gathered and shared information on Occupy Wall Street protests around the country, called the “Emerging Issues Committee“. This group consisted mostly of open-source intelligence analysts from nationwide police departments which coordinated with the Major Cities Chiefs Association to “provide situational awareness regarding the Occupy Movement”.

“The first issue the committee is working is the Occupy Movement. At the present time it is our intention to utilize the services of the Southern Nevada Counter Terrorism Center to collect, analyze and disseminate bulletins twice a week.” – Jeff Rugel (source)

In an interview, Rugel discussed using analytics to target certain neighborhoods for pre-crime policing, stating “A commander issuing orders can say, ‘See where it’s red? Go be where it’s red”. Officer Rugel also monitors a tip line which the government hopes will be used by the community to pass information to law enforcement anonymously.

Rugel also provides training in “Identification via Social Media” which includes “using open source and social media information in investigations” and understanding “the way information from multiple sources can be combined to increase certainty.”

Officer Rugel has spent much of his time leading the Gang Enforcement Team from inside the SIC, which also monitors individuals suspected of gang activity on social media platforms such as SnapChat. Speaking to a local paper in the Twin Cities, Rugel told the Daily Planet that most gang members are between 16 and 18 years old.

“It’s a poorly kept secret that the police watch Facebook. You see comments every once in a while (like), don’t put that on Facebook, you know who’s looking at it” – Jeff Rugel (source)

Unicorn Riot was able to follow the trail of crumbs provided by the Angel Garcia-Lonetree accounts to conclude with high probability that Jeff Rugel has been using fake social media accounts to gather intelligence on individuals and monitor protest activity for the Strategic Information Center.

Unicorn Riot requested further information from the Minneapolis Police Department pertaining to data related to Angel’s name, Gmail and social media accounts. The MPD responded, “Upon review the relevant data is considered protected under Minnesota Statutes, Section 13.82. As protected data it may not be released. Your request is now considered closed.“

Unicorn Riot then requested MPD to clarify under which subdivision of the statute was the decision made to keep the information secret. MPD responded,”the City of Minneapolis is under no legal obligation to cite the subdivision.“

Statue 13.82, Comprehensive Law Enforcement Data, allows law enforcement to keep information secret which relate to situations such as protecting investigative data, protection of undercover officers, and use of surveillance technology.

In a statement to Unicorn Riot, CUAPB expressed that while “social media is a great way to reach people quickly“, it’s “important to maintain direct connections with our supporters” and “think strategically about when it makes sense to use social media in our organizing and when it doesn’t.“

“Organizing actions on social media is about as secure as holding a meeting in the lobby of a police precinct.” – CUAPB

Unicorn Riot contacted the Minneapolis Police Department to comment on their use of fake social media accounts.

We asked MPD if they’re aware creating fake accounts is a violation of Twitter’s Terms of Service, to which they responded, “refer this question back to the corporate office for each company as to their policies as this is their internal issue.” We reached out to Twitter but have not received any comment.

The MPD’s Public Information Officer (PIO) also indirectly confirmed they use socks for investigating children, saying MPD “uses social media for intelligence gathering and investigative purposes” and they do not investigate individuals “unless they are suspect in a criminal investigation.”

The MPD PIO also hinted that this type of domestic surveillance is being systematically applied across many more cities at the direction of the International Association of Chiefs of Police (IACP).

“Much of what is in our policy is based on national best practices for law enforcement as outlined in documents such as the International Association of Chiefs of Police IACP Guidance and Recommendations.” – MPD PIO

MPD also provided their policy on the “covert use of social media”:

“7-120 COVERT USE OF SOCIAL NETWORK SITES

I. PURPOSE
To establish procedures regarding the covert use of social network sites.

II. POLICY
The MPD recognizes that the use of covert SNS profiles can be a useful tool in the investigation of criminal activity. All covert SNS profiles shall be registered with the commander of the Strategic Information Center (SIC). In addition, any employee who wishes to use a covert SNS profile shall obtain authorization from their immediate supervisor prior to doing so.

III. DEFINITIONS
Social Networking Site (SNS): Sites which focus on building online communities of people who share interests and activities and/or exploring the interests and activities of others. Examples of social networking websites include: Facebook, MySpace, Friendster, Linked In, Twitter, and sites that allow users to post personal blogs. The absence of, or lack of explicit reference to, a specific site does not limit the extent of the application of this policy.

Covert Profile: An SNS profile created and maintained by an MPD employee, but in a user name not associated with the MPD employee, for the purpose of investigating criminal activity. 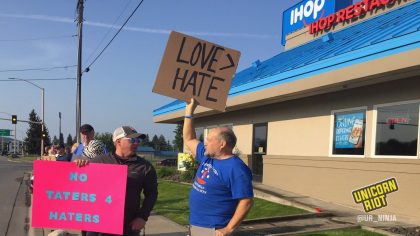 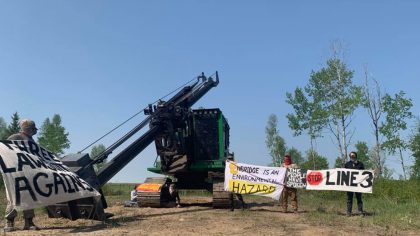