After Jamar Clark was killed by Minneapolis Police on November 15, 2015, large protests occurred outside the 4th Precinct. While Unicorn Riot was documenting live on November 19th, 2015, Allen Scarsella and Julio Suarez first physically trolled the protest encampment in North Minneapolis while armed, and Unicorn Riot was present during the court dates and attended the full proceedings of Scarsella trial.

This post encapsulates all ten of the comprehensive reportbacks from the Scarsella Trial and has links to the five previous stories on this act of domestic terrorism before the trial.

Scarsella is part of the growing movement of white nationalists using coded language and memes adopted through the internet and espousing white-supremacist ideals through terminology not recognized by the larger majority of the populace. Scarsella converted his bigoted electronic trolling into real life violent crime; the trial testimonies gave the world a glimpse into the minds and motives of impressionable white nationalists who are a serious threat to the society around them.

[Content Advisory: some of the language seen in these articles and videos may be disturbing and offensive to our audience.]

To see a timeline of events that led to the shooting, watch the video below:

Part One – Summary: After many attempts to have the trial moved from Minneapolis, in early January 2017, the Scarsella trial started. Part One features some background on Allen Scarsella, the reason why a Unicorn Riot journalist was subpoenaed, the week long jury selection, and the opening statements, in which Scarsella’s defense admitted the mass shooting and claimed self-defense.

Part Two – Summary: Julio Suarez testified about how he met his friends through internet forums and shot guns together with them at /k/ board meet-ups. He spoke about his visit to the 4th Precinct with Scarsella to livestream the protests and garner “internet fame” by trolling the community in North Minneapolis. Also in part two is the testimony of a Unicorn Riot journalist.

Part Three – Summary: The release of 4th Precinct surveillance video and journalist video from Morgan Ave. that showed Scarsella and cohorts before the mass shooting occurred during investigator testimony. Testimonies included in part three were from police officers, investigators, and a participant of the protests.

Part Four – Summary: Testimonies of all five unarmed victims of the mass shooting, as well as that of a photojournalist, and a police officer who Scarsella called after the shooting (the officer resigned after testifying to participating in racist correspondence with Scarsella, which he dubbed “locker room talk“) are featured in part four.

Part Five – Summary: An investigator from the Minneapolis Police Department testified about a major element of the evidence against Allen Scarsella, the data that was extracted off of his phone by the Minneapolis Police using Cellebrite software. Other investigators, police officers, Scarsella’s girlfriend and his landlord, all testified in part five, and the state rested its case.

Part Six – Summary: The testimony of a police officer who took videos during the protests at the 4th Precinct, a witness to the shooting, and an officer who was verbally threatened by a protester, are found in part six. The police officer’s videos were shown to the court in attempts to further Scarsella’s self-defense claim, but they also provided the court a chance to hear multiple Minneapolis Police Officers making negative comments about, and towards, the community outside their precinct.

Part Seven – Summary: One of Allen Scarsella’s co-defendants, Nathan Gustavsson, waived his 5th Amendment rights and testified to further Scarsella’s self-defense claim. Part seven has Gustavsson’s testimony, which included him talking about how they all met up, him getting punched while leaving the protest area, and the claim that a protester had a weapon. Some media from the 4chan /k/ board armed meet-ups at camping trips is also included.

Part Eight – Summary: Allen Scarsella took the stand and testified. Scarsella spoke about who he is as a person, his ideas around trolling the protests, his racist viewpoints, and claimed the shooting was in self-defense as he and Gustavsson were both punched and they feared for their lives.

Part Nine – Summary: Testimony by Julio Suarez’ girlfriend and a couple police officers that spoke about their opinion of the protests seeking justice for Jamar and the community that took part in them, as well as jury instructions and closing arguments are found in part nine.

Part Ten – Summary: Allen Scarsella was sentenced April 26th, after being found guilty on February 2nd. Part ten features some audio from Scarsella himself inside the courtroom, as well as the judge and victim impact statements. We also went live moments after the sentencing, and interviewed a victim of the mass shooting and his grandfather (Jamar Clark’s step-father), as well as a disruption of a press conference by Hennepin County Attorney Mike Freeman.

To see Unicorn Riot’s past coverage in relation to this shooting, see below: 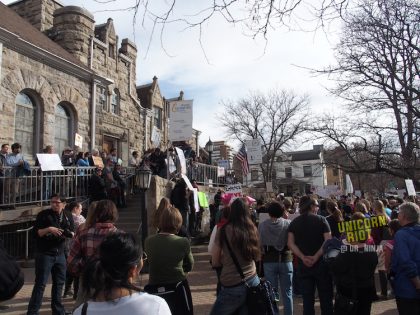 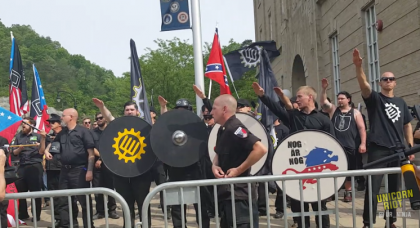 Standoff Between Neo-Nazis and Antifascists in Pikeville, KY