Bismarck, ND – On March 3, Steve Martinez was jailed at the Burleigh County Detention Center after refusing to testify before a secret federal grand jury investigating 2016 protests against the Dakota Access Pipeline.

Martinez is now finally free as of April 12, according to a statement posed to social media by the ‘Support Steve Martinez’ campaign.

Martinez has served over 60 in days in federal detention. He had previously been jailed for most of February 2021 for refusing to testify, but was briefly released after a judge found the magistrate who ordered him detained did not have the authority to do so.

In March 2017, a similar summons to for a grand jury in the same investigation was served to Martinez but eventually withdrawn by the court after he made it clear he would face jail rather than testify.

Martinez was called to testify as a witness to events late on the night of November 20, 2016 when he drove a seriously injured protester named Sophia Wilansky to the hospital. Wilansky’s severe injury to her arm is believed to have been caused by explosive police munitions thrown directly at her body. However, North Dakota police and the federal prosecutors behind the grand jury have sought to blame Wilanksy and #NoDAPL protesters for her injury.

Yesterday’s statement by Martinez’s supporters called the federal grand jury “divisive and cruel” and a “tool of repression.” The ‘Free Steve Martinez’ campaign also noted that “since the end of February, neither his attorneys nor Steve himself have been at liberty to speak with anyone about Steve’s legal situation or the court proceedings.“

Grand juries have long been used by the US government to target radical social movements. In the 2000s, a grand jury in the midwest targeted the anarchist collective Crimethinc. In 2012, a federal grand jury in the Pacific Northwest was used to jail several anarchists who refused to testify about property damage at a federal courthouse that occurred during a protest. 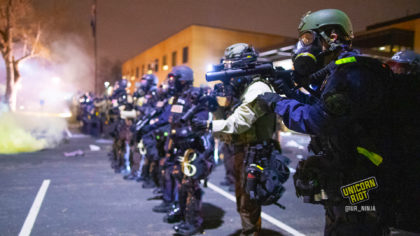 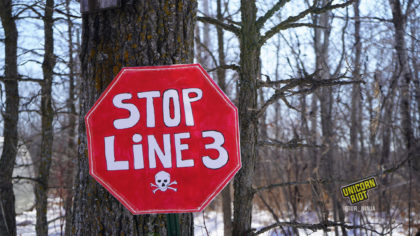