Sacred Stone Camp, ND – On April 1st, 2017, Unicorn Riot returned to the Standing Rock Reservation for the one year celebration of the establishment of the Sacred Stone Camp. The camp was erected April 1st, 2016, after a thirty mile horse ride from the reservation government seat of Ft. Yates to defend the Missouri River from construction of the Dakota Access Pipeline.

Now, one year later, water protectors came together to celebrate the camp and the share words on the continual fight for sacred water.

About fifty people shared stories of their time at the Sacred Stone Camp and their hopes for the future. We spoke Ladonna Brave Bull Allard, the matriarch of the Sacred Stone Camp, who said that despite the forced closing of the camps, people are still standing for the water,

“It’s been an amazing year, and no one can take that from us.” Ladonna Brave Bull Allard

The event felt somber, as the dinner overlooked where the camp used to stand before it was bulldozed by federal officials and with the approval of the Standing Rock Sioux Tribal council.

Despite the near completion of the Dakota Access Pipeline, the people we spoke to said that the people who came to the camps learned a new way to live. They shared laughter, stories, and the hope that the thousands who came through the camps would spread what they learned in other communities. Others mentioned the camps popping up along different fossil fuel infrastructure projects and said we were all just at the beginning of people standing up to defend water for the future generations.

A recording of the streamed event can be seen below: 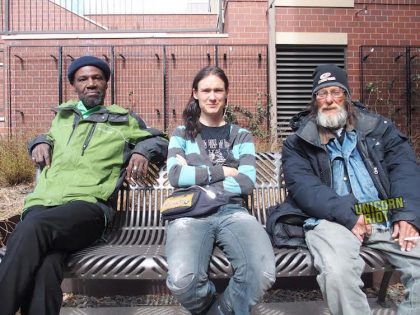 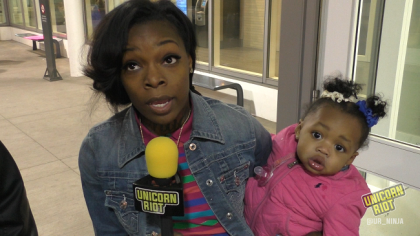