Atlanta, GA – One week after a multi-agency raid on those camping out in the Atlanta Forest, the company behind the land swap of 40 acres of Weelaunee People’s Park (aka Intrenchment Creek Park), Blackhall Real Estate Phase II, LLC, instructed its contractors to dig up the park’s concrete parking lot, trail head, and the South River Trail that runs through the woods, as well as to remove the park’s gazebo and fell and mulch trees.

Despite the raid that led to six people being charged with state-level domestic terrorism charges on Dec. 13-14, and the damage to the public park, on Dec. 21, forest defenders and community members gathered to celebrate the solstice and hold their free weekly meal and foodshare at the park’s trailhead.

Blackhall believes it owns the park’s land because of the land swap deal finalized on Feb. 11, 2021 between DeKalb County and Blackhall Real Estate Phase II, LLC, which is managed by Ryan Millsap. According to the QuitClaim Deed signed on Jan. 29, 2021, Blackhall “determined that the expansion of Blackhall Studios can best be accommodated on the DeKalb County Property.”

There’s been an ongoing lawsuit against the land swap since Feb. 12, 2021, which alleges the deal was illegal, citing how the deed held that the property would permanently be a public park:

“Intrenchment Creek Park was established in/around 2003 with the support of the Trust for Public Land (‘TPL’) and the Arthur Blank Family Foundation (‘Blank Foundation’), with the understanding that the property would be held as a public park permanently for the benefit and use of the public.”

In response to the destruction, an emergency motion was filed on Dec. 21, 2022 by the plaintiffs in the lawsuit as an attempt to prevent further damage to the park.

The motion noted how Blackhall and Millsap were supposed to maintain access to the public park:

Superior Court Judge Stacey K. Hydrick denied the motion on Dec. 28, saying: “The damage that’s being done to the property by those folks who are inhabiting it is far worse than anything that anybody else is doing at this point.”

DeKalb County did, however, issue a ‘Stop Work Order’ to Ryan Millsap and Blackhall Real Estate Phase II, LLC on Dec. 28. The order was issued because Millsap failed to acquire the necessary permit to legally remove trees. As of Jan. 16, 2023, the order remains posted at the park. 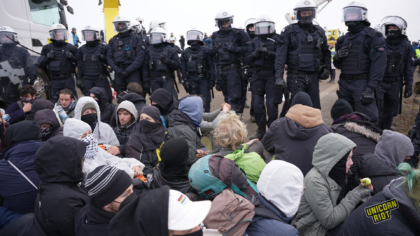 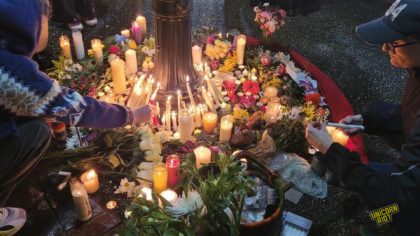 Protester Shot and Killed by Officers During Raid on Atlanta Forest