Denver, CO – In less than a month, Denver residents will get to vote on an unprecedented ballot initiative in the United States, which would effectively make it illegal to criminalize people who are without housing. To substantiate I-300, also known as the Right to Survive, the chair of the University of Colorado Denver Political Science Department, Dr. Tony Robinson, and a graduate student in Health and Behavioral Sciences, Marisa Westbrook, wrote a report called Unhealthy By Design: Public Health Consequences of Denver’s Criminalization of Homeless (PDF).

Dr. Robinson and Westbrook presented their research at a release event on April 13, 2019, which Unicorn Riot covered live. You can watch the stream below:

This initiative is nearly identical to the Homeless Bill of Rights (HBR), also known as the Right to Rest Act, which Denver Homeless Out Loud sponsored and advocated for in the Colorado General Assembly four years in a row (failing each time.)

Both the initiative and the HBR include the following rights:

Both would also effectively overturn the Unauthorized Camping Ordinance (PDF) in Denver, which went into effect in 2012. Also known by advocates as the “Survival Ban,” the ordinance effectively makes surviving without housing illegal:

“It shall be unlawful for any person to camp upon any private [or public] property without the express written consent of the property owner or the owner’s agent, and only in such location where camping may be conducted in accordance with any other applicable city law.

‘Camp’ means to reside or dwell temporarily in a place, with shelter. The term ‘shelter’ includes, without limitation, any tent, tarpaulin, lean-to, sleeping bag, bedroll, blankets, or any other form of cover or protection from the elements other than clothing. The term ‘reside or dwell’ includes, without limitation, conducting such activities as eating, sleeping, or the storage of personal possessions.” – Sec. 38-86.2. (a) & (d)(1) of Municipal Code for City and County of Denver

Unicorn Riot will continue to provide updates on I-300, and other issues pertaining to people without housing. 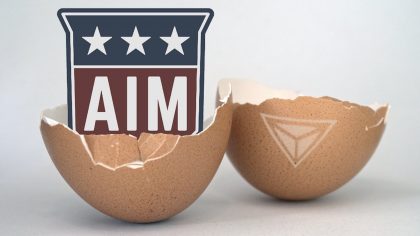 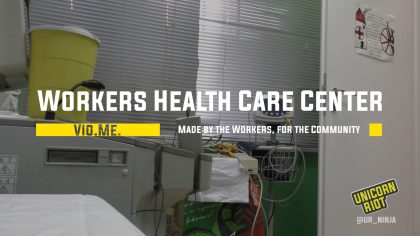 Workers Healthcare Center of Vio.Me., Created by the Workers for the Community