Denver, CO – On Thursday morning, Denver city employees including police officers will be telling the more than 100 unhoused people living in the downtown city blocks near the homeless shelters that they need to pack up and move. The city posted notices around the area one week ago citing the DRMC Sec. 49-246 (PDF), also known as the ‘encumbrance ordinance.’

Instead of justifying the clean-ups, or sweeps, by citing the Unauthorized Camping Ordinance, the city decided to classify people’s outdoor homes as “unauthorized encumbrances and obstructions,” (PDF) which is not the first time.

After the camping ban was ruled as unconstitutional this past December by Denver County Court Judge Johnny C. Barajas, the city ceased sweeping people for ten days, and once they started up again, they were telling people they had to move due to the encumbrance ordinance.

During Thursday’s sweeps the city will be encouraging people to go into the auxiliary shelters at the National Western Complex and the Denver Coliseum, however with over 700 people staying at the complex and 300 at the coliseum, some advocates of the unhoused community question the shelters’ safety.

Cathy Alderman, Vice President of Communications and Public Policy for the Colorado Coalition for the Homeless, told Unicorn Riot that congregate settings are not ideal in a public health crisis because “even if the beds are appropriately spaced, that doesn’t necessarily mean that the people are going to be able to stay safe.”

Terese Howard, organizer with Denver Homeless Out Loud (DHOL), spoke with us about how DHOL does not believe shelters are safe housing during a pandemic or any time:

The Center for Disease Control (CDC) published guidelines for ‘People Experiencing Homelessness and COVID-19’ over a month ago, and the first bullet point under their recommended preventative measures states:

“Unless individual housing units are available, do not clear encampments during community spread of COVID-19. Clearing encampments can cause people to disperse throughout the community and break connections with service providers. This increases the potential for infectious disease spread.” — CDC

Stay tuned for further updates throughout the day. 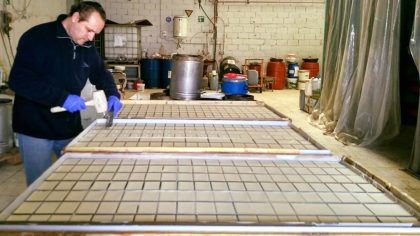 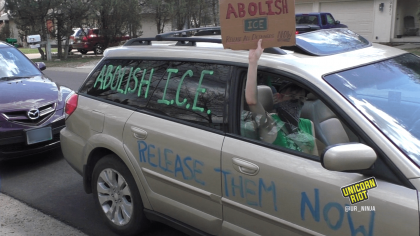