Denver, CO – The largest tent encampment in the city, which sprung up in October 2019, is being cleared early Monday morning as about 60 advocates protest the move.

Unicorn Riot is on-the-ground covering the sweep, with live coverage starting at 5AM.

Residents at the encampment, along with Denver Homeless Out Loud, held a press conference on Saturday to highlight that they have nowhere to move to, and how the area at 29th and Arkins is where they want to stay.

Wolf, one of the residents who has lived there since the beginning, spoke boldly at the press conference:

“Just because we’re houseless does not mean we do not have rights. We have the right to lay our head down the same as anybody else. We ain’t got nowhere to go — we ain’t got no choice but to stand.”

Bethany White and her boyfriend told the crowd at the press conference that the last time they were swept, Denver police told them to move to the 29th and Arkins encampment.

“This is where the cops told us we would be OK. And apparently it’s not the place where we’re going to be OK.”

White has epilepsy, and she shared that because of her condition, she cannot work. Her and her boyfriend have been swept over six times during the pandemic.

Since the state’s first Stay-At-Home order on March 25, 2020, there have been at least 23 large tent encampment sweeps in Denver.

We will continue to provide updates on the city’s treatment of unhoused residents. 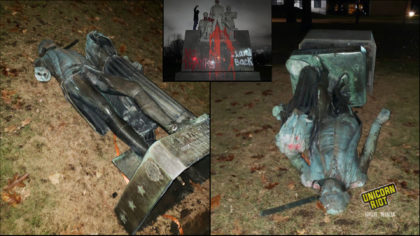 Statues Toppled and Defaced in Minneapolis on Thanksgiving Day 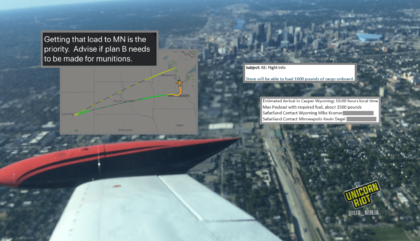 Behind the Law Enforcement Response to the George Floyd Uprising – Pt 1: Munitions Delivery