Denver, CO – Nearly two hours before sunrise, advocates of the local unhoused community took part in a non-violent direct action (NVDA) in an attempt to stop a sweep of a tent encampment on Tuesday, November 17.

A line of about 20 advocates with linked arms stood guard on one side of the encampment at 19th and Emerson, asking the police and other city workers and contractors to consider the lives affected and to cease their plan to sweep.

At 5:30 a.m. workers began constructing a temporary metal chainlink fence; the city has been erecting fences like these in the early morning before each encampment sweep since September 22. As they were working, community advocates called out to them, asking them to stop what they were doing.

Denver police told the line of advocates to move outside of where the fence was being set up, or risk arrest. Seven decided to stay and were handcuffed, searched, and guided over to sit against the finished section of the fence.

One of the organizers of the NVDA told us that the reason they chose this encampment to guard and protect was because it is “99% BIPOC.” BIPOC stands for Black, Indigenous, and People of Color.

“And so we stand here with our privilege to show the city, show the state, and show the nation that this must stop.” – Community Organizer

Michael, one of the encampment residents, shared how these sweeps are not helping him nor his fellow unhoused community:

“Why mess with us now? Where you gonna put us? We’re gonna go to another spot and in seven days you’re gonna come to make us move from another spot. How many times are we gonna do this?”

He mentioned how since the pandemic hit Denver, he has been swept 15 times, a clear disregard of the CDC’s “Considerations for Encampments.”

Tay Anderson, one of the Denver Public School Board Directors, was present at the Tuesday sweep. We asked him what he would say directly to Mayor Michael Hancock and Evan Dryer (one of the Mayor’s Chiefs of Staff) concerning the ongoing sweeps:

“I’m not only just dissapointed, I’m disgusted that you all continuously push our unhoused folx onto different street corners every other week, because we are looking at — it just repeats itself. Stout is a prime example; they swept that at the end of the summer and now there’s another encampment there. And so there’s really no solution.”

One of the advocates who was arrested spoke with us as they were being detained, sitting handcuffed on the cold pavement. They shared their thoughts on the sweeps:

“I just think that the resources that are available to the houseless community need to be like, wider and greater funded, and I feel like it needs to be more important to the ‘normies’ in Denver who have housing and never have to face the threat of houselessness.”

Governor Polis issued his first pandemic Stay-At-Home order on March 25, 2020. All Coloradans were ordered “to stay at home whenever possible due to the presence of coronavirus disease 2019 (COVID-19) in the State” effective the next morning at 6 a.m. Since that day, there have been at least 23 large tent encampment sweeps in Denver.

On October 5, Andy McNulty, an attorney with Killmer, Lane & Newman, LLP, filed a class-action lawsuit in federal court against the city Denver and the state of Colorado for allegedly violating the settlement agreement from Denver vs. Raymond Lyall, et al., the previous lawsuit about the sweeps. The suit also alleges Colorado State and U.S. constitutional rights violations while conducting sweeps.

The first hearing is set for the middle of December, 2020. 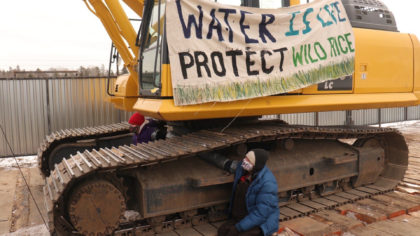 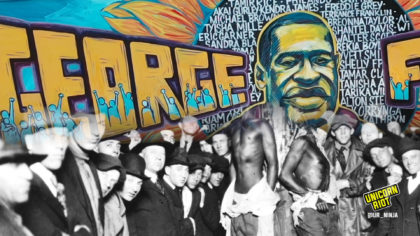