Dissatisfied with the results obtained in the recent Brazilian presidential election, extremist Bolsonaro supporters invaded the National Congress, the Planalto Palace and the headquarters of the Federal Supreme Court (STF) located in “Praça dos Três Poderes” (Three Powers Square), in the Federal District in Brasília on Sunday, Jan. 8, 2023. The attacks in Brasília parallel the deadly Jan. 6, 2021 riots in Washington D.C. when flocks of Trump supporters ransacked the U.S. Capitol Building in attempts to overturn the Presidential election results on false calls that he won the election.

Because of the widespread fear of potential coup attempts after former far-right Brazilian President Jair Bolsonaro lost the election to Luiz Inácio Lula da Silva, “Lula,” the Minister of Security ordered police reinforcements in the central government district. Yet, the added police forces were not enough to combat the organized coup attempt which featured weeks of planning and busloads of Bolsonarists being brought in.

During the invasion, security professionals were violently attacked by the coup plotters who also broke into the Congress building, vandalized the Federal Supreme Court, ripped out the door of Justice Minister Alexandre de Moraes’ office, destroyed tables, chairs, works of art and stole a copy of the Federal Constitution. The damage left by the invasion could take weeks to calculate.

Fresh off his inauguration to serve as Brazil’s president for the third time, Lula was carrying out a social agenda in the city of Araraquara when the attempted coup broke out. Located in the interior of the state of São Paulo, Araraquara had been badly hit by heavy rains in recent days.

Lula quickly called for military intervention to regain control of Three Powers Square from the throngs of Bolsonarists leaving a trail of destruction through the buildings. He blamed Bolsonaro – who, according to Lula, had encouraged the invasion of Congress and the Supreme Court – and called the coup plotters Nazis and fascists.

On the night of Jan. 8, Unicorn Riot spoke with André Bispo, a Black Movement and PSOL militant from Ribeirão Preto, who stated the attacks that took place were only possible due to the feeling of impunity that surrounds the coup leaders, who have been camped in front of the Brazilian barracks for almost two months. According to Bispo, these coup leaders heave been “criminally demanding military intervention without suffering any sanctions or reprimands from the police forces.”

The attacks that were broadcast live across social media platforms by Bolsonarists showed how polarized the current Brazilian political scene is and the potential dangers of the national extreme right.

Since the tightly contested presidential election, which Lula won with 51% of the vote in the second round on Oct. 30, Bolsonaro supporters have blockaded roadways and created a protest encampment in front of the Army headquarters in the Federal District of Brasília. Not accepting defeat at the polls, they sought a military coup to prevent the new government from taking over.

A week after Lula was inaugurated, on Jan. 8, thousands of Bolsonaro supporters wearing yellow and green colors of the Brazilian flag and national football jerseys unloaded from buses and rioted in the Federal District. After several hours of unfettered destruction, military police gained control and cleared the buildings.

Escaping the military police, throngs of participants went to the protest camp while over a dozen buses filled with dejected looking Bolsonarists departed from the scene.

The next day, the President of the Supreme Court Alexandre Moraes ordered the eviction of the protest encampment and suspended the Federal District’s governor.

Moraes then ordered the arrest of two top security officials in Brasília, Anderson Torres, the public security secretary and Col. Fábio Augusto, a commander of military police. Both Torres and Augusto were also fired. Top Brazilian officials have publicly accused police of collaborating with the riotous Bolsonarists in hopes of a military coup.

About 1,500 protesters were detained in total with at least 763 people being arrested and charged as of Wednesday at 11 a.m. Furthermore, the investigation into the Jan. 8 events continues as Supreme Court Minister Flávio Dino tweeted on Jan. 11 that 1,261 arrest warrants have been issued.

On Jan. 9, the day after the destruction at the Federal District, massive peaceful demonstrations against the coup attempt occurred across Brazil. Trade unions, social movements, teachers, students and community members occupied the streets of the country’s main cities in a show of support for Lula and to demand that the State take serious measures against the Bolsonarists.

Meanwhile after clearing the protesters and doing some cleanup, Lula and 27 governors walked down the ramp of the Planalto Palace with linked arms in a show of togetherness.

Jan. 1, 2023 – Rewind a Week, Lula is Officially Recognized as the New President of Brazil

After four years of political scandals under the far-right administration of the Liberal Party’s Jair Bolsonaro, the Brazilian people voted against him in one of the most difficult and divided elections in recent years where violence, fake news, disinformation, and threats gained ground. In late 2022, Worker’s Party (PT – Partido dos Trabalhadores) candidate Lula da Silva was declared winner after the second round of voting for the next president of Brazil.

Lula was inaugurated to serve his third presidential term on Sunday, Jan. 1, 2023. He previously ruled the country from 2003 to 2006 and from 2007 to 2011, a period in which the country went from being a debtor of the International Monetary Fund (IMF) to a prominent world power.

Breaking from tradition, former president Bolsonaro did not attend the inauguration, instead departing to Orlando, Florida two days before Lula was sworn to office. During the ceremony, Lula was honored with the symbolic rite of passage and a sash was placed around his neck. In an ode to civil society, breaking away from the Brazilian political norm since the outgoing president left the country, Lula asked Aline Souza, a Black woman environmentalist and waste picker of recyclable materials, to be the placer of the sash.

Diversity and representation characterized the ceremony with the presence of a Black boy, a person with a disability and an Indigenous person, showcasing some characteristics of the Brazilian people.

According to Poder360, somewhere between 150 and 170 thousand people were at the Esplanada and Praça dos Três Poderes in Brasília to honor Lula’s inauguration ceremony, a number higher than the largest demonstration recorded in support of the previous government, on Sept. 7, 2022.

Eighteen heads of state attended the inauguration, and a total of 54 international representatives attended the ceremony. Some of Heads of State included:

Some countries sent government heads to represent them, as was the case with China, which sent Vice President Wang Qishan. Other countries such as Russia, Algeria, Jamaica, Guinea-Bissau and Serbia chose to send leaders of power.

Caravans from all regions of the country attended the historic inauguration ceremony despite it happening on the New Year’s Day when many people are normally with their family, at religious services, or on the beach.

One of the cries that echoed strongly among the caravan participants was “no amnesty!” The chant was directed at former President Bolsonaro, who, after leaving the presidency, lost his presidential privileges and can now be judged and held accountable as an ordinary person. Some of the main crimes for which Bolsonaro is under investigation are:

What to Expect from the Lula Government

In his first acts, Lula revoked a decree made by Bolsonaro that allowed artisanal mining in indigenous lands and environmental protection zones, and reestablished the Amazon Fund, thus confirming his commitment to two of his campaign promises.

Beyond the events of Jan. 8 and a politically divided country, there will be many challenges that the new president of Brazil will face. Many are holding cautious optimism for the future – optimism that the country’s economy and international confidence can return, tempered by caution because of internal issues with the Navy and the Army’s high command, both of which hold ideologies very close to those defended by the new president’s predecessor.

Cover image via screenshot from George Marques’ video from Jan. 8, 2023. 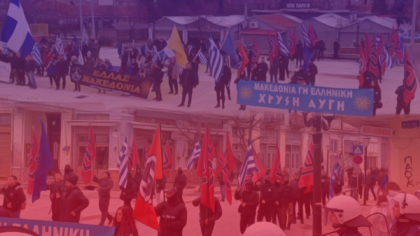