Nineteen years after the beginning of his first term as president of Brazil, the Worker’s Party (PT – Partido dos Trabalhadores) candidate Luiz Inácio Lula da Silva (Lula) became the country’s new president. Lula won the second round of the presidential election with 60,345,99 votes compared to 58,206,354 for the defeated candidate Jair Messias Bolsonaro, of the PL (Liberal Party). Not accepting defeat, Bolsonarists have been rioting, closing highways, and signaling a general strike.

Lula previously faced political persecution orchestrated by the country’s extreme right, which left him in prison for 580 days (from April 7, 2018 to November 7, 2019). The protagonist was then judge Sérgio Moro (União Brasil), now a Senator for the state of Paraná. Whether it was via his charisma or the Brazilian population’s desire for change, Lula has once again catapulted himself as the “people’s champion,” after leading the country twice in the 2000s. Lula will take office on January 1, 2023.

See our report on the first round of the 2022 Elections in Brazil: Second Round Slated for October 30 Between Lula and Bolsonaro

Many of Bolsonaro’s allies accepted the defeat in the election and were respectful of the result acquired in the democratic electoral process. Yet others, like the current president, remained silent or took more serious measures like blockading roadways. From the first day after the results were announced, a movement of Bolsonaro-supporting truck drivers closed highways in 11 states of the country, in addition to the Federal District.

The organized supporters of Brazilian soccer teams are playing an important role against the Bolsonaristas’ riot, which in some places has had the support of the PM (Military Police) and PRF (Federal Highway Police). Supporters such as Galoucura, from Atlético Mineiro, Gaviões da Fiel, from Corinthians, and Mafia Azul, from Cruzeiro, have broken roadblocks on Brazilian highways and positioned themselves as partners of democracy in their respective states.

There are also reports of ordinary Brazilians putting an end to blockades, such as in São Mateus/ES, where, as reported on social media, residents are removing barricades and literally stopping Bolsonaristas from running.

The stronghold territory in votes for the candidate Lula was the Northeast, which is often called the Africa of Brazil. Bolsonaro made xenophobic speeches towards the territory after gaining only 26% of the first round of votes compared to Lula’s 67%. (The first election round was on October 2, with a runoff election on October 30.)

Radical right-wing voters have in turn increased their crimes of aggression, murder and persecution of Northeasterners (people who live or who were born in the Northeast region of the country). They’ve also asked for military intervention to prevent the presidential transition. (Brazil was held under a military dictatorship from 1964 to 1985.)

Two weeks before the second round elections and just days after less than 2,000 participated in a rally Bolsonaro attempted to throw in the northeast, his sexually inappropriate answers to an interview sparked widespread controversy.

Bolsonaro said that during a motorcycle ride in a community in the city of Brasília, he saw some 14 and 15-year-old girls and in his words, they “painted a mood,” leading him to ask to go to their house. This comment raised many eyebrows across the country as Article 217-A of the Brazilian penal code criminalizes the sexual act with children under 15 years of age. This practice is seen as the rape of the vulnerable and can generate a penalty of eight to 15 years of imprisonment on the part of the practitioner.

“I stopped the bike on a corner, took off my helmet and looked at some little girls, three, four, pretty, 14, 15 years old, dressed up on a Saturday in a community. And I saw that they were kind of similar, ‘painted a mood’, I came back. ‘Can I enter your house?’ I entered. There were 15, 20 girls on Saturday mornings getting ready.”

Fears of a Military Coup

Because of the prolonged silence by Bolsonaro after losing in the polls, many of his most radical supporters believed that the defeated candidate would be waiting for 72 hours, in alignment with a possible coup, to take a stand against the results.

However, after just over 44 hours of silence since his defeat, Bolsonaro summoned the press and made his first statement, still at Palácio da Alvorada, the official residence of the President of the Republic in the country. He spoke with a face of discouragement for exactly two minutes and three seconds. He thanked the amount of votes obtained in the second round of elections and did not mention or recognize the victory of Lula. Bolsonaro said that “the demonstrations are welcome” and that it would respect the directions of the Constitution.

The Minister of the Civil House, Ciro Nogueira will be in charge of the government transition process together with the vice-president-elect, Geraldo Alckmin (PSB – Brazilian Socialist Party).

Bolsonaro’s disrespectful posture opened a call of worldwide alert for the moment of tension in which Brazil is going through.

If on October 30, leftists in Brazil were happy with the results of the polls, today the climate is one of fear. What is seen is the fear in the streets of Brazil with the beginning of a possible scenario of war between social movements and members of extreme right groups in the country, who insist on not recognizing Luiz Inácio Lula da Silva as the legitimately elected president of the country.

What’s to be Expected Now?

When taking office on January 1, 2023 and which will last for the next four years, President-elect Lula will have a great challenge in his administration to deal with a country divided between left and extreme right and to alter the downward trajectory of the working class people.

Many Brazilians cite setbacks caused by the outgoing Bolsonaro administration like the dismantling of education, almost 700,000 deaths from COVID, withdrawals of labor rights, privatization of state-owned companies, persecution of Indigenous peoples, increase in food, fuel and cooking gas prices, intensifying violence against Blacks and the poor, and the rise in police killings.

The result of the election shows us the rise of left-wing parties in the countries that make up South America, with Pedro Castilho in Peru, Gabriel Boric in Chile and Gustavo Petro, the first leftist president in Colombian history. (In late 2019 Evo Morales was forced out of the presidency of Bolivia by Jeanine Áñez, but in an October 2020 election the seat was recaptured by Morales ally Luis Arce.)

Next year, it is expected that this movement will consolidate even more with the possible candidacy and election of Cristina Kirchner to the presidency of Argentina. 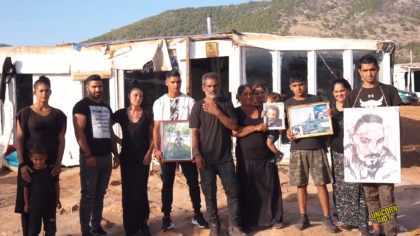 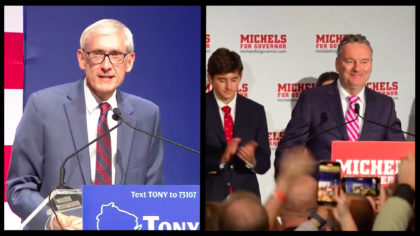