Thousands of Black people occupied the streets of several cities throughout Brazil on November 20, a national holiday called Black Consciousness/Awareness Day. A month earlier, investigations into President Jair Bolsonaro’s handling of the coronavirus pandemic found him guilty of “crimes against humanity” and recommended indictments on 78 others along with two companies for their alleged crimes during the pandemic.

Drawing awareness to Brazil’s Black population, the largest in the world outside of the continent of Africa, November 20 also featured rallies shouting for social improvements and calls for the departure of current president Jair Messias Bolsonaro from power.

In addition to the well-known cry “Fora Bolsonaro” (Bolsonaro Out), the anti-racist protesters drew attention to the genocide of the Black population in the country, the rise in food prices, state violence by the police, the economic crisis devastating the country, and the increase of hunger and misery among the people.

Once again, the name of ex-president Lula was present among the protesters and demonstrations, thus strengthening Lula as the most probable candidate of the left in the next elections, and one who many believe has a real chance of victory.

The 7th Fora Bolsonaro national demonstration was organized by Coalizão Negra (Black Coalition) in partnership with Frente Fora Bolsonaro, trade unions, students, community leaders, among other movements. (For coverage of some of the other national protests see here).

The November 20 protest was the first demonstration organized by social movements in a community in the municipality of Ribeirão Preto in the Bolsonaro era. Ribeirão Preto, a cultural center, is a city of over 700,000 in the interior of the state of São Paulo located about 315 km (196 mi) from the capital city São Paulo (same name).

Protesters gathered early morning in Jardim Aeroporto, a suburb of the city, known as one of the most precarious in terms of basic sanitation, unemployment, hunger, police violence, among other problems.

Protesters marched through the streets of the territory, distributing leaflets, talking to local residents and shouting their dissatisfaction with the current government. Activists and local residents also made speeches and performed spoken word poetry.

As previously reported, a Parliamentary Commission of Inquiry (CPI) investigation into the Brazilian government’s response to the coronavirus pandemic has been underway since early May 2021.

After six months of investigations, the final report, approved by the Brazilian Senate and presented on October 26, 2021, pointed out 9 specific crimes including “crimes against humanity,” allegedly committed by President Bolsonaro during the pandemic including: Crime of responsibility; Incitement to crime; Irregular employment of public funds; Forgery of private document; Crimes against humanity; Prevarication; Quackery; Crime of infraction of sanitary measure; and Epidemic Crime.

The 1,289 page report also seeks the indictment of 78 people and two companies for their alleged crimes during the pandemic, although the commission doesn’t have the power to give punishment. In early December, the Brazilian Supreme Court opened an investigation into Bolsonaro for his claims that COVID vaccines could give people AIDS for taking them.

A key COVID CPI witness, Health Ministry whistleblower Luis Ricardo Miranda, had to leave Brazil on October 28 through a witness protection program for fear of reprisals for his contributions to the CPI. Miranda was receiving constant death threats for accusing President Bolsonaro of ignoring allegations made by Miranda and his brother, Congressman Luis Miranda. The allegations were about a corruption scheme in the Ministry of Health for the purchase of the Covaxin vaccine.

While Brazil approaches the mark of 618,000 dead as a result of COVID-19, which has infected over 22 million Brazilians so far, the complex political climate continues to churn on the eve of presidential elections set to take place in 2022.

Since our last report from Brazil published on October 9 during a time when Brazil exceeded 600,000 coronavirus deaths, the numbers dramatically slowed down in the country. With nearly 618,000 dead, Brazil has the second highest number in the world behind the United States (nearly 800,000 deaths).

The most lethal states are as follows:

The states with the fewest reported deaths are:

Brazil was the first country in South America to detect the Omicron variant (B.1.1.529), a new variant of COVID-19 which may have a higher transmission rate, however studies are ongoing. This new variant was first reported to the World Health Organization (WHO) on November 24 and detected for the first time on Brazilian soil a few days later, November 27.

It reportedly came into Brazil from unvaccinated travelers who had recently arrived from South Africa, where the Omicron variant was first detected. This then led to a series of travel restrictions on six countries in the African continent and quarantines for those infected.

Currently, Brazilian authorities report at least eight cases of the new variant. The amount of cases reported is causing some apprehension among the population due to the overall mishandling of the pandemic. 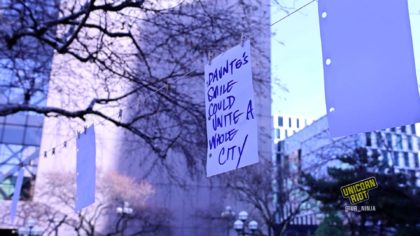 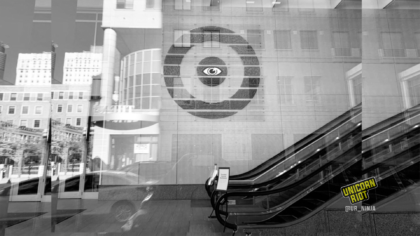 Target Supremacy: What You Should Know About the 2013 Security Breach