Brazil leads the world in the number of deaths of transgender people. This reality is reflected in the quality of life, lack of representation, and the unmasked transphobia present in the lives of the great majority of trans people in Brazil. The country has been leading the rank for over a decade and it’s still struggling to make real and meaningful progress in trans lives. However, a recent historic legislative ruling could mean a long-awaited advancement.

According to the SBMFC – Sociedade Brasileira de Medicina de Família e Comunidade (Brazilian Society of Family and Community Medicine), 1.38% of the Brazilian population identifies as trans. While the SBMFC guarantees access to healthcare for all people, reality is often distant from this promise. Some health professionals act like professionals, but others can be blinded by prejudice and make it harder for the trans community to get proper care.

Trans life experiences and public regulations are simultaneously improving and seeing setbacks. Trans people are still marginalized overall, with only 4% formally employed according to ANTRA – Associação Nacional de Travestis e Transexuais (National Association of Transexuals and Transvestites). However, access to higher education is finally starting to include trans people. Also, in the last election, the Brazilian population elected thirty trans candidates (both binary and non-binary).

Historically the word “travesti” (transvestite in English) has carried a lot of negativity in it, but times are changing. While it is still an offensive word in the U.S., it symbolizes the fight and resilience of a part of the trans community in Brazil. There isn’t a consensus on the technicalities of the matter, but the word is proudly used by many, not only for its historical value, but also for how fitting it can be for some people.

The Brazilian government is sending a confusing message about its take on the trans and queer community.

On one hand there are financial and psychological aid programs organized by the support group and Non-Governmental Organization (NGO) Transvest, which is led by councilwoman Duda Salabert. Transvest has donated cestas básicas (baskets of food supplies) to trans women and travestis in the state of Minas Gerais since the beginning of the pandemic. All of this is paid for with donations and the NGO’s resources that would have been used to fund a building for reception and housing of the most marginalized and in need portion of trans women and travestis in the area.

Combining the already precarious situation for some trans people in Brazilian society and the inefficiency of the Bolsonaro government, some people were left with minimum to no support at all, so this aid that was directed to one of the most vulnerable and forgotten percentage of the Brazilian people was a real lifesaver.

On the other hand, Ângela Gandra, President Jair Bolsonaro’s national secretary of the families in the Ministry of Women, Family and Human Rights, pushes to implement a far-right agenda, censoring what the right-wing calls “gender ideology” from school lessons, preventing kids and teens from having basic access to information.

Even with its ups and downs, Brazil is going through a historic moment for the trans community. Santa Catarina Supreme Court Judge Vânia Petermann recently recognized the right to have one’s gender acknowledged as neutral.

In the historic April 2021 decision, Judge Petermann pointed out that “gender neutral” is a concept contemplated by the UN and that, in her words, “preventing people from being what they feel they are is an affront to the Constitution.” For the person in question, Judge Vânia allowed their sex and name to be changed in their documents, making it possible for them to be legally recognized as themselves.

It took a decade for this change to happen. The law had only allowed binary transitions (man to woman/woman to man) and until very recently it took a doctor’s approval and legal actions to make any change regarding being a transgender individual. Besides the bureaucracy and the high costs, in many cases sexual reassignment surgery was also a requirement, making the law abusive to a great percentage of trans people.

Among the barriers for the trans community, is the old enemy of limited access to information. If a person is about to go through the process of changing their name and/or gender in Brazil, they need to be prepared to be confused and frustrated. The real and meaningful changes in legislation are at a slow pace, and therefore gaining access to necessary information to go through the name/gender change process is even slower. Many people in this position can only rely on NGOs and non-profit groups with LGBTQ+ related experience to find accurate and helpful information and resources.

The fight for trans and queer rights didn’t end with the court’s ruling. The Portuguese language, spoken in Brazil, does not include a neutral pronoun for common use. In addition to “Ele/Ela” (He/She), people are using the neo-pronoun “Elu” among others as a gender-free third-person pronoun. However, this more embracing word is still far from being accepted or normalized. Judge Petermann also made considerations about language on her ruling.

“The adequacy will find space, either in the society’s voice, or in the legislation . . . as it happens in other countries that do not have the neutral pronoun.” 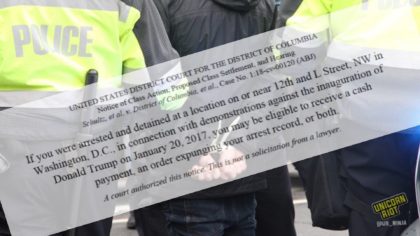 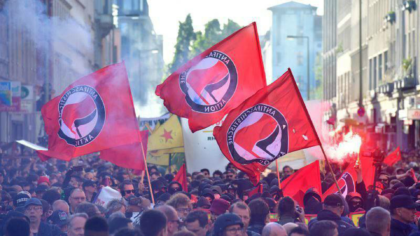 Thousands March in Celebration of Mayday 2021