After a long period of inertia, on April 9, 2022, Brazilian protesters took to the country’s streets again to protest the country’s embattled president, Jair Messias Bolsonaro. Bolsonaro has been heavily criticized for his “coronavirus mismanagement” and numerous scandals involving his government. Across the country, Brazilians answered the call of the CUT (Central Única dos Trabalhadores), trade unions, organized movements of Brazilian civil society and parties opposed to the government, to revive the large protests.

The April 9 protest entitled “Bolsonaro Never Again” brought together tens of thousands of protesters in nearly 70 Brazilian cities such as São Paulo, Recife, Belo Horizonte, Porto Alegre, Salvador, Itabuna, Florianópolis and Rio de Janeiro. The participants voiced their dissatisfaction with the constant increases in prices of fuel, cooking gas, electricity bills, and food, among other ills exacerbated by the Bolsonaro government’s mismanagement.

Adding to the difficulties that the population has faced since the pandemic, in April the prices of more than 13,000 types of medicines were increased by up to 10.89%. This will rise the profits for the pharmaceutical industry which gained something around R$2 billion reais in ICMS (Tax on the Circulation of Goods and Services) since the pandemic has started.

Occupation of an Historic City Center

In Ribeirão Preto, a city in the interior of São Paulo, located in the southeastern region of the country, the “Bolsonaro Never Again” demo started in the morning. The protesters gathered at 9:00 a.m. in front of Esplanada Dom Pedro II, in the center of the city. Shouting slogans from the sidewalk of Praça XV de Novembro, information was distributed to people passing by and speeches were made by militants and social activists.

Just before noon, the demo that was policed by a large amount of officers, ended with a local spoken word piece and no arrests.

The protests served as a voluntary pre-campaign in favor of the candidacy of ex-president Luiz Inácio Lula da Silva, known as Lula, as well as the resumption of the Fora Bolsonaro Campaign, started in 2021 in favor of the impeachment of the Brazilian president.

In Bolsonaro’s period as the head of Brazil his corruption cases have increased and the living conditions of the less favored population have been reduced. Millions of Brazilians are facing insecurity with unemployment is on the rise along with a lack of housing, lack of health care, and a rise in hunger.

With a government marked by countless scandals and cases of corruption, a new one stemming from leaked audio recordings forced the recent resignation of the former Minister of Education, Milton Ribeiro.

Ribeiro was discovered in the recording speaking about transferring of funds from the FNDE (National Fund for the Development of Edcuation) to municipalities on Bolsonaro’s behalf to benefit pastors of evangelical churches connected to the government.

“It was a special request that the President of the Republic made to me on the issue of [pastor] Gilmar.

My priority is to first serve the municipalities that need it most and, secondly, to serve all those who are friends of Pastor Gilmar.”

Ribeiro resigned in late March and made the news in April for “accidentally” firing his gun inside the Brasilia airport. A recent Supreme Court inquiry into Ribeiro’s actions requested the case be moved to the Federal District of criminal courts because Ribeiro was no longer a Minister of State.

It was recently revealed that a construction company using Bolsonaro connections has gained nearly one billion reais in contract bids. Part of a massive distribution of billions of dollars in parliamentary amendments to political allies,

Engefort has competed alone or in the company of the shell registered in the name of relatives of its partners to online electronic bidding from a Bolsonaro connected company called Codevasf. Of the R$620 million in the budget reserved for the company, R$84.6 million has already been paid off.

As we approach the electoral period in Brazil, COVID-19, which has infected around 30,724,939 Brazilians and claimed 665,277 lives as of May 17, is slowly losing prominence in the national news.

As vaccination advances throughout the national territory, local pro- and anti-Bolsonaro governments continue to release the mask mandates in order to raise votes, something that has shown to have consequences for the country.

Yet, after a slow start of vaccinating the population, Brazil is one of the most vaccinated countries in the world. According to the data collected on May 13, the highest vaccinated states in Brazil are: Piauí (93.04%), São Paulo (89.62%) and Ceará (86.35%). On the other hand, states such as Amapá (62.78%), Roraima (62.27%) and Acre (70.69%) are the lowest, either for reasons of logistics, lack of preparation of local government, or lack of public support.

While Brazil moves towards the elections, we will continue to keep our eyes on the ground. Stay tuned for a follow up report from Brazil on violence against women and anti-Black racism in Brazil. 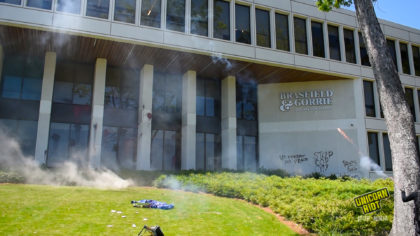 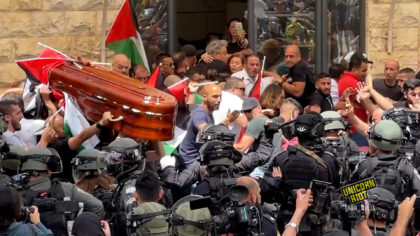