Athens, Greece – Eight bullets were fired at K*VOX (Κ*ΒΟΞ) social center on early Saturday morning. Those who were inside said they heard the bullets whizzing past but nobody was injured.

People in K*VOX during the shooting reported to Unicorn Riot that police were garrisoned nearby and patrols were passing by every 10-15 minutes. However, during the time of the shooting and for hours immediately afterwards, there was no police presence.

Vox squat social center at exarcheia has been attacked by a man with a gun. 8 bullets have been shot #antireport pic.twitter.com/PSmrzMhJdT

K*VOX is a self-organized squat in the historically anti-authoritarian and anti-fascist district of Exarcheia. With its meeting spaces, a bar, and a free and open library, the social center houses many initiatives. Unicorn Riot has reported on two of those initiatives operating out of K*VOX, ADYE and Rouvikonas.

Eight bullets were fired at K*Vox, the squatted social center in the heart of the #Exarcheia district in #Athens, #Greece.

This attack happened ~3 hours ago, around 3am on Saturday morning.

Those who were inside said nobody was injured.

ADYE is an anarchist-created patient-centered healthcare facility operating in a portion of the squat. Volunteer doctors and dentists serve the broader Exarcheia community free of charge. See our special on ADYE from 2017 below:

This elusive anarchist group is known for its swift, high-profile, controlled attacks. Each target was carefully chosen for their negative impacts on society. See our special on Rouvikonas from 2019 below:

Since the far-right New Democracy government took office in mid-2019, they’ve occupied the anti-authoritarian cultural center of Exarcheia with police forces, changing the everyday life of the residents in what was once known as an autonomous zone, with little police presence on the streets.

Raids and evacuations of housing squats late last fall by the Greek government transferred many hundreds of refugees from their sanctuary living situations to detention centers and ‘concentration camps’.

Tonight riot cops attacked again to K*VOX with tear gases inside the building from distance because the occupation defenders waited at the entrance ready for fight. #Exarchia pic.twitter.com/zXgNhWVYpA

Riot cops for third night in a row throw tear gas inside to K*VOX and run away from the spot. #Exarcheia_resist pic.twitter.com/3xGdfsMvFP

Though still under daily threat, K*VOX has survived the police attacks, the coronavirus lockdown, and they continue to be open.

Now it’s a slow war of authoritarian attrition. The state engages in mass detentions, harassment and fear. The goal changed from cleansing exarcheia of the bad elements to pacifying the entire area.

It’s unclear who fired the shots. Speculations are ongoing as to whether it was the mafia, or drug dealers, fascists, or police. What’s clear is that those who self-manage VOX have not been intimidated; people gathered immediately after the shooting, and the social center was open again the next day. 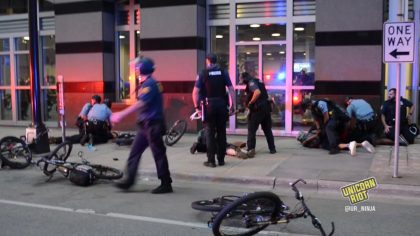 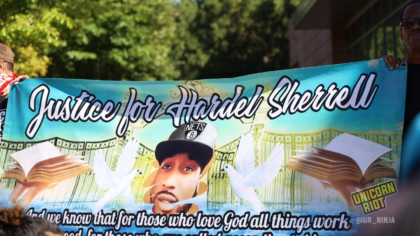