At least 1,319 women in Brazil lost their lives as a result of femicide in 2021 while 6,100 people were killed by police, marking another violent year for the country. Statistics compiled by the Brazilian Public Security Forum (BPSF) in their annual report (pdf) detail how violence plays out in Brazil, the seventh most populous country in the world. Last year, a woman was killed by a male every seven hours on average (pdf) and 84% of the victims of state sanctioned murder by authorities were Black.

“We are a country created based on the rape of Indigenous women, the rape and the violence against African women. More than 300 years of slavery and until this day we still have slave quarters, we now call the “little maid’s room.”

In attempts to gain more context around the causes of violence in the country, we heard from Taty Maestri, a member of the Resistência Ribeirão Preto collective [interview below]. “Brazil is a country raised upon sexism, patriarchy, and colonization” Maestri said. She pointed out that “every woman has an episode, a history of violence.” Maestri feels being born a woman makes you more susceptible to suffering some type of violence.

Violence against women has increased during the COVID-19 pandemic globally. Statista has the number of femicide victims from 2021 even higher than the BPSF, at 1,341, which is a total of 13 less than in 2020. The most lethal state for Brazilian women were Tocantins, Acre and Mato Grosso do Sul. In 2019, nearly 90% of all female murder victims were killed by their husband or ex-husband and only two percent by strangers.

Femicide is codified into Brazilian law as a crime involving domestic violence, discrimination or contempt towards women which results in their death and is punishable with sentences ranging 12 to 30 years in prison.

Maestri talked about the challenges of being a woman in Brazil and reported her own experience of an abusive relationship and said she felt violence against women has increased greatly during the far-right government of President Jair Bolsonaro.

Adding to the notable stats is that the number of transgender people killed in Brazil increased 41 percent in 2020. Maestri pointed to “the system of oppression which feeds capitalism” as the root cause of the violence. Read the 2021 BPSF report/pdf on violence against women translated to English below.

After killing a record amount of Brazilians in 2020, the number of killings by authorities in 2021 dipped slightly to 6,100, still averaging around 17 people being killed by police each day.

The year of 2022 has also seen high profile cases of police abuse against the Black, poor and peripheral population. In one instance of a video recorded killing, 24-year-old Weliton da Silva Dias was killed on April 2 by a military policeman in an alley in the São Pedro neighborhood in Vitória, the capital of Espírito Santo.

In a video released by TV Gazette which has circulated on social media since April 3, the police officer can be seen approaching the young man, who raises his hands above his head, when suddenly the policeman shoots the man who falls to the ground and dies shortly after.

This case angered the local population and due to the repercussions, the state governor, Renato Casagrande, met at Palácio Anchieta with the victim’s relatives, representatives of the Black Capixaba Movement and Brazil Human Rights Fund. In the meeting, the governor informed the participants that he sympathized with the victim’s parents, pledging to provide all necessary assistance to the family and that he would demand rigor in the investigation of the case. He further stated that the footage showed that there was an execution.

However, on social media the position was different: the governor determined the summary investigation of the fact, noting that he “trusts the police forces” and that the excesses will not go unpunished.

The police officers involved in the action were suspended from duties during the investigation. In June, Military Police concluded their investigation, finding the officers guilty of military crimes with punishment set for a later date. The Association of Corporals and Soldiers declared support for the military police involved.

A month after the killing of Weliton da Silva Dias, in late May 2022, a large police operation in Rio de Janeiro’s Favela Cruzeiro killed at least 23 people. Yet, this wasn’t the deadliest massacre in Brazilian history committed by the police. That happened last year, on May 6, 2021, when 28 people were killed during a failed police operation targeting drug traffickers in the Jacarezinho favela.

Just days after the 2022 massacre in Cruzeiro, another police killing was recorded on video. Federal Highway Police in the state of Sergipe suffocated a 38-year-old Black disabled man to death with teargas using their police vehicle to trap the man in the trunk. Several angles of videos recorded by bystanders show police effectively torturing Genivaldo de Jesus Santos to death.

In just one week, a man with a psychosocial disability died at the hands of Brazilian police in Sergipe and 23 people were killed during a raid in Rio de Janeiro. 80% of people killed by police are Black. Brazil needs a deep reform to make police more effective and accountable. pic.twitter.com/DfDoMJrscb

With the general election upcoming in Brazil in October, many are fearing a potential coup attempt by President Bolsonaro to consolidate power during the September 7 Independence Day celebrations or during the election at some point. Reuters reported on May 5 that American CIA Director William Burns warned senior Brazilian officials that Bolsonaro “should stop casting doubt on his country’s voting system.” 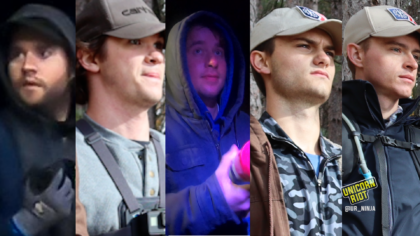 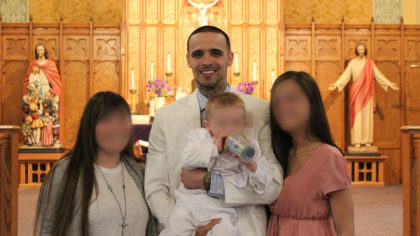