Aurora, CO – On Thursday, September 21, 2017, the organization 9to5 Colorado, hosted a renter’s rights action in solidarity with residents at the Denver Meadows Mobile Home Park. This action was part of a nation-wide Renter Week Of Action organized by Right To The City Alliance (RTC).

For almost a year, the mobile home park residents have been in a battle with the park owner, Shawn Lustigman, to try and buy the land from him and convince him not to sell.

In December 2015, Lustigman applied to rezone Denver Meadows to allow construction of high-rise apartments, new shops and hotels. Residents received notices of their looming eviction in spring of 2016.

In a small victory for residents, Aurora’s zoning commission and city council voted to table the request for rezoning, but that did not change Lustigman’s plan to sell.

According to the city of Aurora’s 2009 final draft of the “Fitzsimons-Colfax and 13th Avenue Station Area Plan” (PDF):

[Denver Meadows] is currently viable affordable housing. However, due to its proximity to the planned 13th Avenue light station, the value of this site is likely to increase, presenting an opportunity for redevelopment. Redevelopment on this site should include medium to higher-density housing that includes a mix of affordable and market-rate housing.”

Even though the residents have the funds to purchase the land at a market-rate price of between $15 and $18 million with the help of ROC USA (Resident Owned Communities), Lustigman won’t budge.

Denver Meadows Mobile Home Park isn’t the only mobile home park Lustigman owns. He also owns Berkeley Village Mobile Home Park in Arvada and A-1 Mobile Village in Colorado Springs, as well as other parks around the country.

Before the action on Thursday at the mobile home park, residents and supporters went to the Tschetter Hamrick and Sulzer law office and taped faux eviction notices on the walls and in the elevators. They also presented a letter asking the firm’s lawyers to be more transparent with tenants about how eviction works, to offer tenant education classes, and to support funding for a future statewide legal defense fund for renters facing eviction.

The faux eviction notices informed the law firm that it has three days to quit perpetuating the housing crisis. The Tschetter Hamrick and Sulzer law firm advertises itself as Colorado’s number one landlord law firm, as well as number one in Colorado evictions.

At the beginning of the action at the mobile home park on Thursday, about 50 supporters and residents marched through the park and stopped in front of the park’s office building. Some marchers entered the office and walked up the stairs to Fay Cline’s office door to hand her a letter expressing their concerns and their desire to purchase the land.

Cline is a park manager at the mobile home park and is infamous for discriminatory behavior toward residents who have been openly organizing against the selling of the land that their homes are on.

Unicorn Riot was live streaming the action when Cline opened the door to her office and told everyone to leave the building. She also threatened to bring everyone to court for disturbing her office.

Even though she reacted negatively toward the residents, she took the letter they presented to her.

Residents of the mobile home park spoke during the action about how expensive it is to transport mobile homes, especially because many units aren’t actually meant to be mobile.

For resident Petra Bennett, she will have to pay $12,000 to have her modular home cut in half and placed on a trailer.

Another resident, Isabelle Ross, has been living in her mobile home on the same plot of land at the park for more than 20 years. She will have to pay between $6,000 and $10,000 to move it, but has no where she can move it to.

In fact, in 1956 when the Denver zoning code first addressed mobile home parks, they were discouraged, and trailer parks are officially a non-conforming use in the city. Therefore, when residents look for new places to move with their mobile homes, they need to look outside of Denver–away from their jobs, from the schools their children go to, and from their families and friends.

In September of 2016, 2 other mobile home parks closed displacing 100s of families in order to construct 185 apartment units. The apartment units were built with a Denver-approved deal to loan $2 million of the city’s federal Community Development Block Grants for 21 years to St. Charles Holding Company.

There’s a huge need in Denver for affordable housing at all income levels.” – Councilman Paul Lopez

With the only truly affordable housing left being shut down and replaced with “affordable housing” for people who can afford paying over $1,200 a month for a one bedroom, it is no surprise that the amount of people being forced out of housing and onto the streets continues to increase.

According to data compiled by the Colorado Judicial Branch and Denver County Court, there were at least 44,000 evictions filed across the state in 2016.

Colorado’s homeless population skyrocketed 13 percent from 2015 to 2016, despite that nationally, homelessness declined by 3 percent during the same time period, according to the U.S. Department of Housing and Urban Development (PDF).

Many renters in Denver are dealing with housing insecurity and are asking politicians, landlords, and neighbors: “Where are we going to go?” 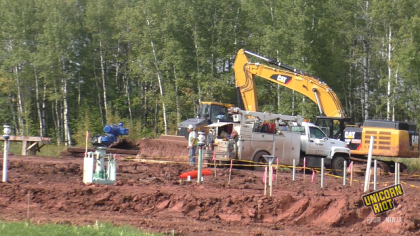