Minneapolis, MN – Documents obtained by Unicorn Riot shine a light on the law enforcement response to the George Floyd uprising in the Twin Cities. Text messages, emails, photos and other records provide a rare look into the coordination between multiple agencies that took place in the aftermath of Floyd’s killing. Party to these communications were the Minnesota Department of Natural Resources (DNR), the Minnesota National Guard, defense contractor Safariland, and other corporations.

Minneapolis Police and their partner agencies aggressively responded to participants of the uprising, clearly-identified members of the press, and even bystanders in their own homes following the community response to the May 25 death of George Floyd (and larger societal issues).

Numerous lawsuits stemming from police violence have since been filed in court after various egregious attacks from a police force put on its heels by a city that was truly questioning its legitimacy.

Originally, requests for these records sought to clarify the role of the Minnesota Department of Natural Resources (DNR), whose aircraft circled the unrest in the Twin Cities. What we learned that we did not expect was that their fixed-wing aircraft that circled on multiple occasions had been tasked with resupplying the riot police on the ground with munitions and supplies.

An email from the DNR’s Darren Neuman to the staff at the Emergency Operation Center (EOC) on May 30, 2020 asks for confirmation of the delivery of an resource order for 9NR GPZ->CPR on May 29 and 30.

“9NR” is short for N529NR, the tail-number of the DNR’s Kodiak airplane, and “GPZ->CPR” indicates a flight plan from Grand Rapids, Minnesota to Casper, Wyoming. The purpose of such a trip is made evident by further emails discussing the specifics about cargo capacity and contact information for representatives of the Safariland corporation. Safariland manufactures a wide variety of military and police weapons and gear.

Emails referencing “1600 pounds of cargo” were sent on May 28, the third straight day of protests in Minnesota. That day also saw Minneapolis Mayor Jacob Frey declare a State of Emergency and Minnesota Governor Tim Walz activate the National Guard.

At that point, the aircraft was to be loaded up and sent promptly back to the Twin Cities to resupply police stocks of “less lethal” riot munitions.

The sense of urgency over the supply missions in late May and early June is clear from text messages that were included in the document trove. Craig Benz, Chief Pilot and Lieutenant with Minnesota’s Department of Public Safety (DPS), made clear to his colleagues that the munition resupply flights the DNR pilots were conducting were critical to their operations. “Getting that load to MN is the priority. Advise if plan B needs to be made for munitions.“

In a text message conversation on May 30, the DNR’s Chief Pilot communicated that law enforcement authorities on the ground would be reinforced by a semi truck load of cargo, as well as by a C-130 military transport aircraft and Bemidji Aviation. Bemidji Aviation has yet to respond to a request for comment but they apparently utilized their cargo subsidiary Encore, who operate a small fleet of aircraft for cargo charters, to assist police operations during George Floyd protests.

The DNR Chief Pilot’s email outlined a max cargo capacity for their Kodiak aircraft – “Steve will be able to load 1600 pounds of cargo.” Bemidji Aviation’s Metroliner aircraft has a maximum capacity of around 3,200 pounds, given the distance between Casper, Wyoming, and Minnesota’s Twin Cities.

In order to satisfy the desires of the police on the ground, the Metroliner reportedly had to make two trips on May 30, which could total 6,400 pounds of cargo carried by that aircraft on that day alone. Without factoring in the possible thousands of pounds potentially in tow from the C-130 transport plane or the semi truck’s load, the DNR and Bemidji Aviation flew in over 9,000 pounds of “munitions and supplies.“

Other text messages provided to Unicorn Riot reveal the sense of urgency felt by law enforcement; “He needs to go straight to St Paul. This load is for issues expected today.” Another message directed the pilot, “Change your flight plan to [St Paul]. They want your cargo there ASAP.“

While there is no manifest accounting for each pound of munitions and supplies, a lot of Safariland’s products will likely look familiar to the record number of people who protested in Minneapolis this spring and summer.

Safariland distributes its catalogue of weapons and riot gear through its representatives such as Kevin Degel, mentioned previously. Pictured above is a small sampling of the so-called “less lethal” munitions and armor that has proliferated across the United States due to Safariland’s efforts.

It is somewhat rare and enlightening to observe the internal machinations of the law enforcement supply chain, particularly how thousands of pounds of munitions can be quickly called up and quietly flown or driven in to be aimed at a grieving community.

Safariland are also the makers of the particularly dystopian and dreadful device they’ve labeled the “Pepper Fog Generator” and decked out with an uber-patriotic bald eagle. Similar devices were pictured in Portland during the unrest there, however, the manufacturers of that device publicly denounced their product being used to spread crowd control agents and noted it is meant to be used for agricultural purposes.

Having a nearly limitless arsenal of weapons on hand following the biggest defeat faced by law enforcement in years — the burning of the Minneapolis PD’s 3rd Precinct — police proceeded to use these “less lethal” munitions with little restraint. This was a common feature of a summer wracked by contentious protests often involving thousands of people.

In Minneapolis and elsewhere across the United States, riot police traipsed through private property and even fired into the homes of those living in areas facing unrest and protest. Here are several reactions and accounts of the police violence:

Understanding and documenting the logistics behind police civil disturbance operations provides a measure of transparency vital for those concerned with the ever-increasing domestic militarization of the United States.

Initially, the DNR’s aviation division was thought to have mostly provided aerial observations of the uprising to assets on the ground. That role has been clarified, and it is now clear the DNR was much more intimately involved, serving as the backbone for the munition supply chain feeding the riot police and National Guard military members in the streets. In the next part of this series, we will dive deeper into these documents and share additional new information. 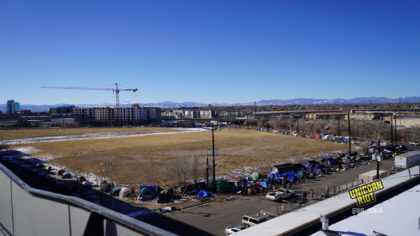 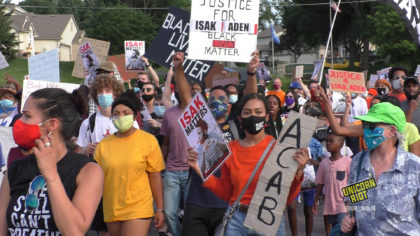 Isak Aden, One Year Later: A Life Stolen by Police