St. Paul, MN – The fate of Enbridge’s Line 3 Replacement (Oil) Pipeline, North America’s largest proposed infrastructure project, will be decided this week. The decision was originally designated to be made no later than June 27th but may be be delayed further. The Minnesota Public Utilities Commission (PUC) has hinted at needing a couple more days to rule on the whether Enbridge can expand their capacity to bring Canadian tar sands oil through contested Ojibwe treaty lands in northern Minnesota.

Opposition to the proposed pipeline project has stayed consistent in the nearly five year process.

Last week, as public comments concluded on the 915,000 barrel oil project, the Ojibwe Warrior Society (OWS) released a statement stating their formation and intention to defend their treaty lands “by any means necessary” if the permits are granted. In a press release, OWS, with members from the Leech Lake, Red Lake and Lake Superior Band of Ojibwe, said they are “reviving ancestral warrior society tactics” to “effectively stop Line 3” and “standing to protect our waters, our women and children.”

On June 19, 2018, Chairman Jackson from the Leech lake Band Ojibwe restated their opposition in a press statement which ended with,

Our land, our water, the manoomin (wild rice), and our Tribal Sovereignty are more important than any pipeline. NO LINE 3 THROUGH MANOOMIN STRONGHOLD.

Protests calling for a stop to Line 3 project have gone on for years throughout the state of Minnesota and have recently included an action at the capital on June 4, 2018. After marching to the capital, a group of interfaith clergy delivered a letter opposed to the pipeline project to the Minnesota Governor’s office and the office of the public utilities commission. The letter was signed by 540 faith leaders.

During the fall of 2017, resistance encampments were organized in northern Minnesota, several direct actions disrupted work at construction sites in Wisconsin, and an action near Cloquet drew attention to a pipeyard where Enbridge was storing pipe as it waited for approval from the PUC.

With the regulatory ruling approaching, Enbridge has increased production of pro-pipeline media commercials featuring a Wisconsin landowner’s positive experiences with Enbridge.  Local groups have also engaged local media outlets with commercials opposed to the pipeline, which include multiple Minnesota landowners speaking against the project and casting doubts on Enbridge’s safety record.

This week, the fate of the biggest oil project in North America is scheduled to be decided. Five commissioners on the public utilities commission will either grant a certificate of need, or deny the project. Stiff opposition to the permitting process has already been seen, and now the decision on whether to allow 915,000 barrels of diluted bitumen, a “heavy oil” through the wetlands and wild rice lakes of Minnesota has come due.

Resistance Camps to Line 3 in Minnesota Prepare to Defend the Sacred from Unicorn Riot on Vimeo. 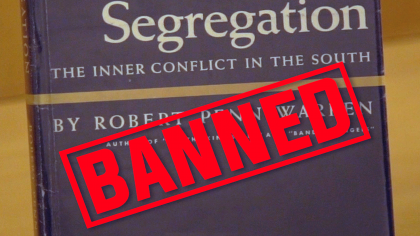