Itasca County, Minnesota – Today four people calling themselves the “Four Necessity Valve turners” shut down Enbridge’s Line 3 and Line 4 tar sands oil pipelines in Minnesota citing “imminent and irreversible damage being done to the planet.” The activists entered pipeline service locations and advised Enbridge of their intention to stop the flow of oil by shutting down the safety valves. Enbridge eventually manually shut down both the Line 3 and 4 tar sands pipelines. The ‘four necessity valve turners’: Allyson Polman, Brenna Cussen Anglada, Michele Naar Obed, and Daniel Yildirim, documented their action in a live feed filled with prayer, song, and an encounter with law enforcement, with one officer who came on them with their gun drawn.

The four identified themselves as Catholic Workers and farmers and said they wanted to defend life against the fossil fuel “industry that benefits the few in the expense of all life.”

[UPDATE: As of 3:22am CDT on Feb. 5, 2019, Facebook has removed the page that the livestreams of the action were broadcast from.]

A live feed announcing the direct action began with a statement:

“We’re inside the security fence for Enbridge pipelines 4 and 3. We are tying a banner, you can see the back of it, that says “the time is now for unprecedented urgent action.” We’re nonviolent. We’re four catholic workers and farmers who care about all life, in particular those who are most vulnerable. Including those that have been marginalized by mainstream society, and the Earth that has been marginalized by mainstream society.“


Grunts can be heard on the livestream as activists used bolt cutters to cut the chain around the valve. In the video, a speaker can be heard saying that they know what they’re doing is illegal, but that they found it necessary anyway.

In the second video the valve turners read the “4 Necessity Valve Turners Statement of Purpose and Intent“:
[Added link of mirror of second video 02.05.19}

Another speaker from the valve turners group stated that they wanted to make clear that this action wasn’t just about one particular pipeline project, connecting their actions to recent regulatory approvals for Enbridge’s Line 3 pipeline expansion, they went on to say,

“We feel every avenue has been exhausted that could been done through the political and judicial route, those have been exhausted.“

The speaker also stated that 68,000 public comments against Line 3 were registered while only 3,000 were in favor of the pipeline. The PUC would vote unanimously to approve the project despite the opposition.

“Do I have to hold you at gunpoint so you’ll hand me that tool? Because I can do that. That’s my policy. That’s my personal prerogative.”

The seventh video starts with the streamer saying the phone had been acting weird. They said that in the break between streams, the police threatened them at gunpoint demanding they hand over the bolt cutters. The speaker went on to describe how when the officer tried to climb the fence, they decided to give him the bolt cutters, worried that he would get hurt climbing over the barbed wire.

As the valve turners were led out, one of the officers said, “You folks are the first people I’ve had to deal with this pipe business.” One valve turner responded, “If they stop doing what they are doing hopefully you won’t have to deal with anymore.” Before the live video feed went down, a law enforcement officer can be seen returning mittens a valve turner had given him to keep his hands warm.

Currently, the four valve turners are in police custody at the Itasca county police department in Grand Rapids in Minnesota. They are set to be arraigned on Wednesday morning. Protest actions against Enbridge oil pipelines continue in Minnesota as the recently elected Governor Tim Waltz debates whether to withdraw an appeal against the Minnesota Public Utilities commission’s certificate of need granted to the tar sands oil pipeline project.

Criminal charges against a the first valve turners who took a similar action to shut down pipelines where dismissed by a judge in October 2018. 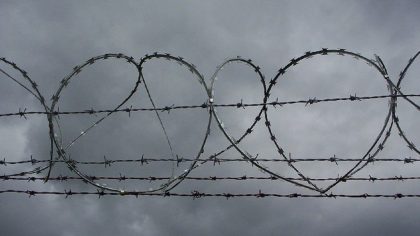 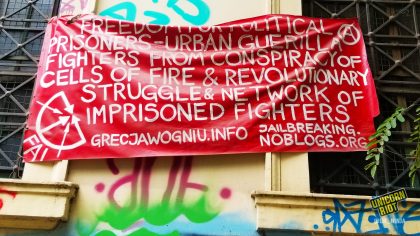