Minneapolis, MN – Hundreds came out to the Cedar Cultural Center to support the resistance to Enbridge’s Line 3 Replacement Pipeline on Friday, December 21. Immortal Technique headlined a set list comprised of water protectors, rappers, and artists who work with and give back to their communities. Earlier in the day, Minnesota’s Department of Commerce filed a lawsuit appealing the “certificate of need” granted to Enbridge in June by the Minnesota’s Public Utilities Commission for constructing Line 3.

The third installment of ‘Water: A Collaboration of art and music to support the movement to Stop Line 3‘, featured:

Unicorn Riot livestreamed the ‘Water’ concert (watch below) and spoke with many of the artists, as well as Andy Pearson of MN350, who told us that more legal wranglings may be setbacks to Enbridge’s completion of the Line 3: “Today, we had a massive step, a huge thing happened, the Minnesota Department of Commerce sued the Public Utilities Commission that approved this. And the Governor came out behind the D.O.C. … and said that decision was wrong and we don’t need this pipeline.”

In a statement released on December 21, 2018 about the seventh lawsuit against the State of Minnesota over Line 3, Governor Dayton said:

“Enbridge failed to provide a future demand forecast for its product, which is required by state law. Instead, the company presented its analysis of the future oil supply from Canadian tar sands extractions. It failed to demonstrate that Minnesota needs this pipeline to meet our future oil demand. In fact, most of the product would flow through our state to supply other states and countries.“

The activists, artists, and water protectors that organized the show are attempting to push the resistance to pipelines that threaten the water supplies and way of life of tribes in Northern Minnesota to the broader mainstream and get other artists to amplify the struggle for clean water.

Last year, Unicorn Riot spent some time in Northern Minnesota speaking with people at resistance encampments, preparing to defend the land and water, about the effects of pipelines like Enbridge’s Line 3.

Watch Unicorn Riot’s livestreams of the concert below.

Water: A Collaboration of Art & Music to Support the Movement Against #Line3 https://t.co/S80zN4jSOM 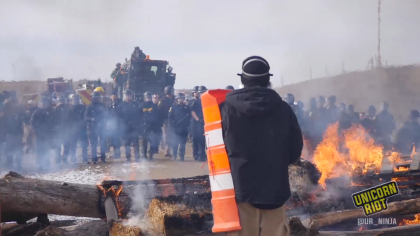 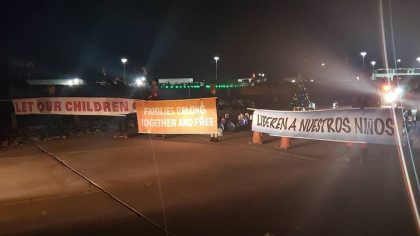