St. Paul, MN – The Minnesota Public Utilities Commission (PUC) has given an official stamp of approval to Enbridge’s Line 3 replacement oil pipeline despite massive public opposition. The PUC today granted Enbridge the “certificate of need” which is required before beginning pipeline construction in the state of Minnesota (construction is already near complete in Wisconsin). The certificate of need, however, does not indicate the final route the pipeline will be permitted to take.

Winona LaDuke was among many others that spoke directly after the decision.

“Minnesota and Enbridge have asked us if this is gonna be like Standing Rock. And they have gotten their Standing Rock…It is time to come to Minnesota to protect the water.” – Winona LaDuke

Watch the full livestream of speeches after the PUC decision below.

Line 3 has for years been opposed by Indigenous peoples along its proposed route, who say they do not consent to the pipeline’s route through their ancestral lands.

“You have just declared war on the Ojibwe people,” one woman told PUC commissioners during the hearing on Thursday afternoon. Many environmentalist groups have also opposed Line 3, insisting that investing in more tar sands oil infrastructure is the wrong direction to take in a world already facing serious threats from climate change and oil spills.

Enbridge has a long, troubled history of public safety incidents involving its pipeline infrastructure. In 2010, a pipeline operated by Enbridge leaked over a million gallons of oil into the Kalamazoo River in Michigan. Another Enbridge pipeline spill in 2010 spilled over 250,000 gallons of oil in a Chicago suburb.

On Thursday morning, before the PUC decision was announced, protesters set up a ‘tripod’ blockade, shutting down the street outside the state regulatory agency’s office.

After holding the street for several hours, the protester atop the tripod structure came down and was arrested by police. Watch our livestream footage of the blockade below:

Line 3 is all but guaranteed to face fierce resistance, as various groups have been preparing for years to fight the project through direct action campaigns. Recently, the creation of the Ojibwe Warrior Society (OWS) was announced, made up of tribal members from Leech Lake, Red Lake and Lake Superior Bands of Ojibwe who have sworn to protect indigenous treaty lands from Line 3 “by any means necessary.”

Last year, Unicorn Riot visited direct action encampments that were preparing for direct action to halt Line 3 construction in Minnesota. Many indigenous resisters we spoke with told us they felt it was important to defend their sacred wild rice beds, or manoomin, which Line 3 is poised to cross. 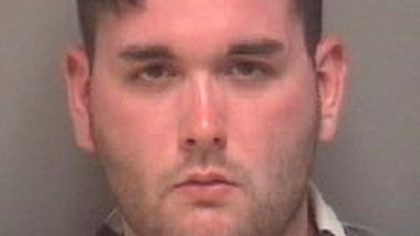 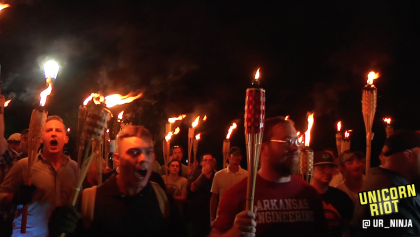