St. Paul, MN – On January 9th, 2018, after a three hour meeting about Enbridge’s Line 3 pipeline approval process schedule, the Minnesota Public Utilities Commission (PUC) rejected an administrative law judge’s recommendation to require an adequate EIS before initial briefings and requested “that the ALJ issues their report by April 23rd 2018 and adjust their schedule appropriately to accommodate,” the move changes the recent delay that tied the schedule to an approved Environmental Impact Statement (EIS).


The hearing was due to Enbridge’s motion “asking the commission for a determination concerning where suspension of the briefing schedule was warranted.” While the PUC seemed concerned with dictating the ALJ’s schedule, they decided to let the ALJ know that their determination of an inadequate EIS was not grounds to adjust the schedule.

Parties against the Enbridge Line 3 project argued that they needed the completed EIS to be able to adequately write their briefings. The PUC stated that their determinations of an inadequate EIS were narrow in scope and that both parties should be able to work on their briefings while the EIS is completed. One of the “narrow scope” items was a lack of clarity on if “traditional cultural properties would be surveyed before construction.”

During the fall of 2017, Unicorn Riot spent time listening to Minnesota Tribes talk about their traditional cultural practices tied to the wild rice beds the pipeline would cross. We also learned about a direct action campaign to defend their ancestral lands.

Unicorn Riot will continue to follow Line 3 developments in Minnesota. 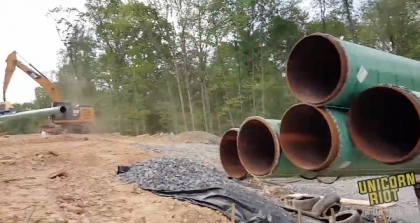 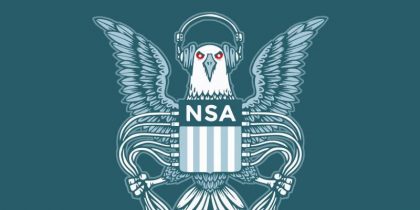