Denver, CO – More than two months have passed since Jeanette Vizguerra, an undocumented mother and immigrant rights activist, entered into sanctuary at the First Unitarian Society in Denver.

Jeanette Vizguerra: Life in Sanctuary from Unicorn Riot on Vimeo.

On Wednesday, February 15, 2017, Vizguerra decided to skip a scheduled check-in with her Immigration and Customs Enforcement (ICE) Officer because she had a strong feeling that her stay of living in the United States would be denied.

Her feeling turned out to be correct because later that day, her lawyer informed her that her stay had indeed been denied, and therefore her deportation was looming.

Vizguerra, who has been living and working in Denver for over 20 years, has three children who were born in the United States and one child born in Mexico. Even so, since that Wednesday, she has been living on the church grounds 24 hours a day, 7 days a week, while her children remain at home.

Although she is influential and well-known internationally for her activism, her experiences as an undocumented immigrant in the United States are all-too-common.

But, we came here, it was a lot of work. When you start out in a different place, you start from zero. But from the first year, when [my husband and I] started working, the IRS assigns you an ITIN number (Individual Taxpayer Identification Number), which is for paying taxes, and is not a social security number for you to use to work. But it is for you to declare your taxes.

This department is part of the government, the IRS, and if you are given this number, it is because they know that you are undocumented. It doesn’t matter where you are from, you’re undocumented. They don’t want undocumented people here, but they want our money.” – Jeanette Vizguerra

In fact, the estimated collective tax payments of all undocumented immigrants in this country is $11.74 billion a year in state and local taxes.

On top of those billions in revenue, the U.S. Congress passed a law in 2007 which requires ICE to maintain at least 34,000 detention beds at any given time in order to receive $2 billion a year in federal funding.

Vizguerra is not the only individual living in sanctuary in Denver. On December 7, 2016, Ingrid Encalada Latorre claimed sanctuary at University Park’s Mountain View Friends Meeting, which makes her sanctuary stay over four months long.

In the Colorado immigrant community, there are many who are facing detention and/or deportation, including Maria de Jesus Jimenez Sanchez, who has lived and worked in Colorado for almost 20 years. She was detained about a week ago and was sent to the El Paso Processing Center in Texas where she faces deportation.

Gustavo Garcia Noriega is at risk for detention and deportation back to Mexico. His previous stay of deportation has expired and ICE has scheduled him to check in on Wednesday, April 26, 2017. The American Friends Service Committee (AFSC) and Coloradans For Immigrant Rights have organized a rally, at his request, outside of the building where he must check in.

Many undocumented immigrants across the country are now at higher risk of detention and deportation since Trump was elected. Not even three weeks after he was sworn in, nearly 700 undocumented immigrants were detained. On April 17, Juan Manuel Montes, a “DREAMer” who was protected under the Deferred Action for Childhood Arrivals (DACA), was deported. He is the first case of a DREAMer with protected status to be deported. Homeland Security originally stated that his status had expired in 2015, however has since confirmed that he was under protected status until 2018.

Below is our interview video with Vizguerra from February 18, 2017. She talks about why she and her family had to migrate from Mexico to the United States, and about crossing the border twice. She also analyzes and illuminates the United State’s immigration policies and system. 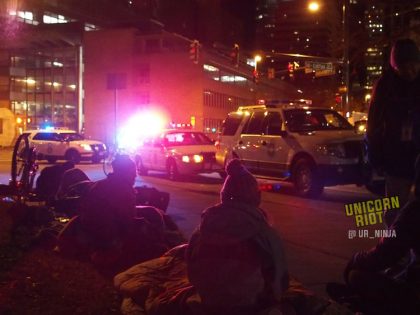 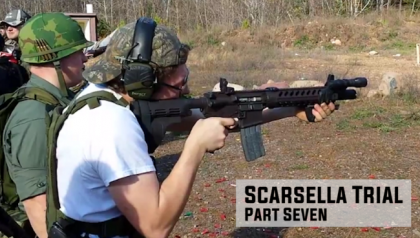