Minneapolis, MN – On Oct. 6, 2022, the City of Minneapolis evicted three encampments of unhoused people, leaving over 100 people displaced without tents and blankets as a cold front swept the region. SWAT teams forced residents of the Near North, Van White, and Cedar-Franklin encampments to leave their tents as city workers bulldozed and threw away their belongings.

Also on Oct. 6, dozens of people recently released from prison and living in a halfway house were evicted. In other moves just days before, the city used a massive police presence to evict an encampment near Bloomington and Lake St.

“The state of housing in the City of Minneapolis, in the region and Twin Cities region as a whole, is not set up for the needs of the citizens here.”

In response to the severity of the recent evictions and the many previous sweeps, advocates of the unhoused held a multi-day occupation with tents outside of the Minneapolis City Hall pushing for resources and solutions. Also in response, hours after the evictions, graffiti reading “Evict Frey” with an image of a tent was painted on the side of Minneapolis Mayor Jacob Frey’s apartment.

Mandla Xaba, a former resident of the Near North encampment, watched with sadness as city workers bulldozed the encampment and trashed the belongings of his friends.

Xaba said the encampment was created as a safe space after the city violently evicted the Powderhorn Park Sanctuary encampments (East / West) in the Summer of 2020.

The Near North encampment, which lasted about two years, became a beacon of mutual aid and collective living for the city’s most vulnerable. Xaba said residents of Near North were “highly capable” and simply “trying to maintain their dignity.”

“We’re witnessing the closure of this camp and I just wanted to speak about a lot of the mistruths about people who live in encampments. I personally lived and work with people here who are highly capable, who are just trying to maintain their dignity and they banded together for safety.”

Being an optimist, Xaba said he hopes that “residents can play a part in rebuilding” and that the future plan involved people having a “stake in the housing” to “have a sense of ownership.”

Since corporate news was simply relaying police reports about the camps, a People’s Press Release on the encampment eviction was published by encampment advocate reed eliot, who witnessed the police actions. (See the release in the image below or read the text at the bottom of the article.)

“One resident had just secured housing, but lost her keys and phone in the eviction this morning and was not permitted to go back and retrieve them. Many residents lost every personal possession they owned, including medications, documents, phones, and warm clothing for the cold nights ahead.”

People’s Press Release on Near North Encampment eviction on Oct. 6, 2022

Near North had been constantly threatened with eviction shortly after its inception in the Fall of 2020. Encampment defenders ultimately prevented numerous eviction attempts. In March 2021, Minneapolis Police arrested five and assaulted many others during a failed eviction attempt that met resistance from camp residents and their supporters.

Hundreds of people are unhoused on any given night in Minneapolis and the city’s shelters have not been the solution for everyone. Some unhoused residents don’t like the restrictions and non-private manner of the shelter system, which Xaba says is “broken and corrupt.”

Dr. Rosemary Fister, a nurse practitioner who used to work at Hennepin County doing street outreach, pointed out that each encampment eviction increases drug usage among the unhoused population as they face further violence and destabilization. Fister noted a study by Yale Professor Ryan McNeil which stated, “abrupt changes to drug use patterns occurred due to post-eviction disruptions.”

This has been studied by @RS_McNeil and others, who found “Abrupt changes to drug use patterns occurred due to post-eviction disruptions”. Free full text of their research is available: https://t.co/SzYflJeuWd

Fister said that after the Wall of Forgotten Natives encampment drew public attention to the plight of the unhoused and then was evicted in 2018, the Navigation Center became a refuge for many, until that too was closed down, leading to a surge in drug overdoses.

Since Sunday night, advocates and members of the unhoused community have been camping outside of the Minneapolis City Hall to protest the violent evictions and push for solutions. They started with a press conference, filmed by ListenMedia founder KingDemetrius Pendleton.

On Tuesday, Oct. 11, advocates and activists gathered inside the City of Minneapolis’ Business, Inspections, Housing & Zoning Committee meeting and took space during the meeting to tell the elected politicians about some of the prevalent struggles of the unhoused.

An unhoused Minneapolis resident spoke about losing all his belongings during the police sweeps: “I don’t have nowhere to go because every time I put up a tent, it’s a problem.” Others spoke about the needs of the unhoused.

The same day as the three encampment evictions, dozens of formerly incarcerated men were forced to leave the Great River Landing halfway house, according to Michelle Gross of Communities United Against Police Brutality, because “apparently the county forgot to write a check.”

Marvina Haynes, the creator of the group MN Wrongfully Convicted Judicial Reform whose brother is “wrongfully incarcerated,” spoke to the elected officials at City Hall several times in the last few days about the men being evicted from the transitional house.

On Oct. 6, Haynes recounted receiving a call from a friend telling her that he was about to be evicted from Better Futures and had nowhere to go. She said up to 40 men were left displaced from the eviction and she started a GoFundMe campaign to help support some of the men.

Sharing a Fox 9 article about the eviction of the halfway house on Facebook, Communities United Against Police Brutality posted that the men’s tenant rights were likely violated.

“The same day the city wiped out three encampments, Hennepin County made dozens of men homeless by giving them less than 24 hours to move out of the halfway house that was helping them transition back into society. Being in the halfway house was a condition of parole. Where, exactly, does the county expect these men to go?

These men were paying rent, had leases, paid damage deposits and otherwise have the same rights as any tenant–including the right to a 30 day notice.”

Marvina and many others are worried about the repercussions that the sudden displacement will have on the men attempting to reintegrate into society after prison and worry about parole violations occurring.

The occupation outside Minneapolis City Hall moved to Metro Transit property on the Hennepin County Government Center Plaza on Tuesday evening. Despite threats, there are no reported arrests of any of the unhoused or their advocates taking space downtown in protest.

Some of the unhoused residents taking part in the downtown protest have reportedly gotten their housing fast tracked, with at least 11 people reportedly placed with the indoor tiny home housing at Avivo Village.

Fun fact: a bunch of folks that were staying out here got their housing magically expedited and were able to go unto housing

During the city’s Business, Inspections, Housing and Zoning Committee meeting on Tuesday, Housing Policy and Development Director Elfric Porte recommended allocating $1.2 million to Avivo Village and increasing support on homeless outreach teams. However, advocates with the Twin Cities Encampment Responders, who compare Avivo Village to a jail, say anything less than housing for all and an end to evictions “is doing the state’s work for it.”

“They rolled up on us like it was a military operation.”

The Near North Encampment at 205 N Girard Ave was evicted at 7am this morning. Residents were given only 5 minutes to pack what they could carry and vacate their homes. MPD arrested 2 encampment defenders for “obstruction.” Residents observed a heightened police presence in the area over the course of the previous 48 hours, including police scouting the camp at 6:30pm the prior evening.

Squad cars, police bicycle units, SWAT vans, arrest vans, undercover cars, and multiple semi trucks rolled up to the camp en masse just before 7am and began setting up roadblocks. Neighbors in the area, outside and bearing witness, described the inhumanity of the police response. “These are my neighbors,” one person observing the police barricade said. “Taking care of people, that is what being a neighbor means.”

Near North Encampment created stability and access to necessary social services for the residents. It is much easier to connect community members with long-term assistance, identity documents, and medical care if they are able to stay in the same place and keep each other safe. Dignity and self determination were at the center of residents’ desires to remain in the community they had built together. One resident had just secured housing but lost her keys and phone in the eviction this morning and was not permitted to go back and retrieve them. Many residents lost every personal possession they owned, including medications, documents, phones, and warm clothing for the cold nights ahead. Overnight temperatures are likely to dip into the 30s tonight.

The City of Minneapolis tore down multiple structures, tents, and campers. At least one resident’s personal car was towed away from the scene of the eviction. Thousands of dollars of resources, tents, supplies, warm weather clothing, food, and medicine were destroyed. Multiple harm reduction groups were on the ground providing safety supplies and blankets. Dozens of police officers looked on as residents publicly grieved the loss of the community they had worked so hard to create. Shelters are insufficient for the displaced residents who have nowhere to store the few personal effects they were able to grab in the chaos of the early morning eviction. Shelters, by and large, cannot address this problem.

Only housing solves the economic, personal, and growing crisis of houselessness.

People with knowledge of upcoming planned evictions should anonymously contact the encampment eviction tipline at (612) 712-9191 or [email protected]
All who want to help our neighbors should direct donations of money and useful items to the Sanctuary Supply Depot. 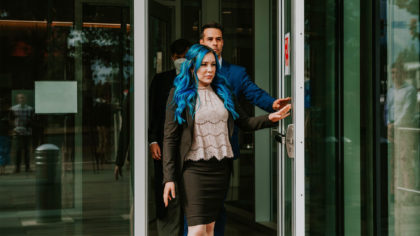 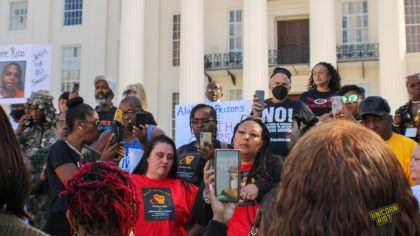