Minneapolis, MN – On Monday, July 20, dozens of houseless people were displaced and about 20 people were arrested as law enforcement executed an eviction of the eastern portion of a sanctuary tent encampment in Powderhorn Park.

After the raid, Unicorn Riot spoke to community members, volunteers, witnesses, and some of the unsheltered that had their belongings and tents thrown away.

About 10 blocks northeast of the site of George Floyd’s murder, a slew of forces including the Minneapolis Police and Park Police departments conducted the eviction. Minneapolis Public Works and what witnesses say was a third-party contractor also assisted in the eviction.

In early June, the Park Board was one of many entities that chose to publicly announce they were ending its dealings with the Minneapolis Police, yet their presence during Monday’s operation suggests the June announcement may have been mere political posturing.

The Park Board has not specified which parks will be given sanctuary status, opting instead to allow people to apply for a “temporary encampment permit“. Applications for permits may be approved or rejected based on criteria yet to be clarified by the board and applicants are said to be fully liable if some injury occurs.

Monday afternoon, tents were bulldozed and defenders arrested at East Powderhorn Sanctuary; the western portion of the encampment is still intact.

The pictures below showcase some of the west sanctuary in late June.

Encampment at Powderhorn Park in #Minneapolis

pic 2: posting reminding all to protect against #COVID19 transmission by wearing a mask

pic 3: sign lists the many types of donations being sought by #unhoused residents of the camp (updated today, June 26, 2020) pic.twitter.com/QqdRW7KgDH

This is not the first eviction of local sanctuary camps, as many of Powderhorn’s current houseless residents were previously evicted from ‘Sanctuary Hotel’ last month. All of this has transpired in the middle of this generation’s worst pandemic, COVID-19.

Since then, a pattern of constant shuffling from one evicted community to the next has become the norm for many unhoused people. Some have opted to move to other tent encampments like Logan Park in Northeast Minneapolis, even though residents fear Logan Park will be raided next.

Earlier we heard from a local religious leader that local law enforcement is pulled into the abusive federal agenda against immigrants by “Justice Assistance Grants”, crucial lever of federal DOJ control over local governmentshttps://t.co/pr4bnwPWP3

The Powderhorn Sanctuary, as named by the unhoused and their supporters, is a self-managed outdoor community located in the heart of South Minneapolis’ Powderhorn Neighborhood.

Powderhorn Sanctuary is organized by neighbors and community members who’ve bonded together and handed out tents, meals, first aid and harm reduction support, and other resources and support.

Minneapolis Park Board members were initially supportive of moves to designate local sanctuary spaces for the houseless community. Some of the housed residents in Powderhorn, however, have complained about increased crime rates, which they’ve blamed on the sanctuary encampments. As a result, the Park Board used “health and safety concerns” as its justification for eviction.

Many houseless advocates and local Powderhorn residents see the eviction by the park board as a renege of earlier commitments. In its reaction to the recent eviction, MSM published a statement criticizing city authorities:

“Make no mistake: these piecemeal efforts to ‘support’ encampments with permits, tent limits, park limits and the promise of basic human rights as water and bathrooms, masquerade as solutions, but in fact normalize the very existence of encampments, shift the burden further on unpaid community members, dehumanize and demean unsheltered individuals and further delay any serious, meaningful solutions.” — Minneapolis Sanctuary Movement

Furthermore, in a call to action statement by the Sanctuary Movement after Monday’s clearing, they noted that further evictions of encampments seem likely with the new “permit” system:

“The ‘permit’ system for Sanctuary sites is an excuse for police violence to protect the interests of white property owners, by having grounds to clear ‘non-permitted’ encampments and conceal the crisis of homelessness.” — Minneapolis Sanctuary Movement

MSM’s statement condemned the tent encampments as unacceptable “in a state full of vacant hotels, public housing units, and millions of dollars to invest in housing solutions.”

Alex Richardson, a volunteer at the camp, gave Unicorn Riot a rundown of how the camp operated, the specifics behind the eviction, and his thoughts on the need for housing solutions.

A renewed outpouring of empathetic community members have been providing support and resources for unhoused people in Minneapolis since the George Floyd uprising.

Initiatives like the Minneapolis Sanctuary Movement providing support to the unhoused, and what’s happening in Philadelphia, where dozens of unsheltered people are squatting in vacant Public Housing Authority buildings, are on the rise and becoming more commonplace.

“The police are hurting us. They just bulldozed all of [our] stuff … I just feel like, kind of hopeless again, because now we have to start over.” — Moon, displaced from East Powderhorn Sanctuary

The struggle for affordable housing and viable solutions to houselessness are getting more and more important with the downturns in the job market and the continually increasing negative impacts of the coronavirus. 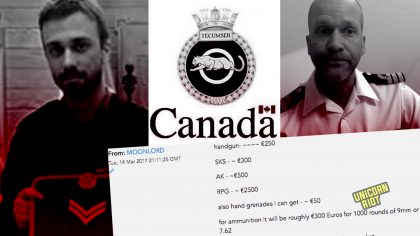 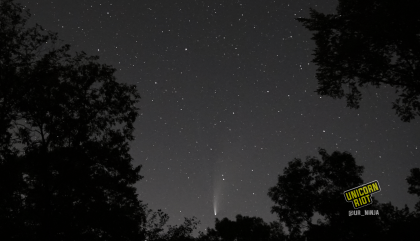