Aurora, CO – Nineteen new COVID-19 cases were reported on September 30 at the GEO Group’s privately-owned and operated Immigration and Customs Enforcement’s (ICE) jail. Published in the most recent accountability report by the office of Rep. Jason Crow (D-CO6), this COVID-19 outbreak is the largest the jail has had. Twenty-nine people are currently “quarantined due to sickness.“

Per Aurora Ordinance No. 2019-69, the jail is required to inform Aurora Fire Chief Fernando Gray of “any health hazards existing in the premises.” Once he’d found out about the outbreak, Gray notified the Aurora City Council.

In a Colorado People’s Alliance (COPA) press statement on Saturday, Alison Coombs, who sits on the Aurora City Council and is also a member of COPA, stated:

“This outbreak underscores the need for greater oversight at this facility and the release of those detained in light of COVID-19. Safety should be the number one priority at all times, and this pandemic presents a clear danger to health and safety of those who are at GEO.”

From the beginning of 2019 until the first COVID-19 outbreak on May 21, 2020, there were at least five outbreaks at the jail of chicken pox, mumps, flu, and scabies. In February 2020, we reported on a mass quarantine of 141 detainees due to sickness.

When learning of the first reported outbreak in May, immigrant rights advocates set up an encampment right outside the jail to demand that all the detainees be freed. They held vigils every single night in front of the main driveway, hosted events and meals, and greeted people who were fortunate enough to be leaving the jail.

After about 80 days and nights, the encampment disassembled, however their demands have not wavered.

Every week since July 15, 2019, Rep. Crow and his team either conduct jail visits or receive the completed paperwork digitally and publish the weekly reports. The reports consist of a wide range of information including the number of detainees and their genders, the make-up of medical staff, the opening and closing food service checklist, the building temperature log, and more.

Throughout the time from that first accountability report to the most recent one, the jail took in 713 people while 940 people left. In the reports, the jail does not specify whether they people who’ve left the jail have been freed, deported, transferred to another jail, or are elsewhere.

“We demand GEO to release as many folks as possible on humanitarian parole and ensure that those who are sick receive the proper medical care.” — Lizeth Chacón, Executive Director at COPA

With 73 total positive COVID-19 detainee cases since May 21, and the high amount of other past outbreaks, Lizeth Chacón of COPA believes the jail “continues to show that they are incapable of keeping those in our community who are detained safe.” 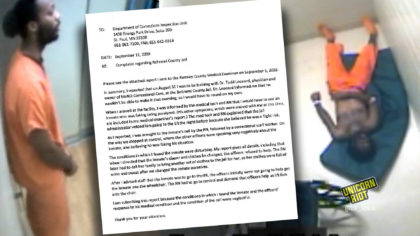 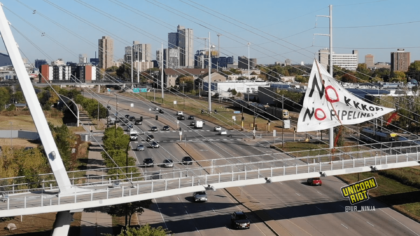 ‘No KKKops, No Pipelines’ Banner Dropped in Minneapolis