Minneapolis, MN – While unprecedented protests erupt across the nation, new surveillance footage has surfaced online of the moments before the death of George Floyd. The 46-year-old unarmed African American man was accused of forgery before he was killed by Minneapolis Police Officers on May 25, 2020.

The malicious actions of the officers started before Floyd was on the ground as seen in videos we’ve previously shared. In this clip Officers Thomas Lane, J. Alexander Kueng, and Derek Chauvin can be seen appearing to violently punch and hit Floyd while he is in a squad car. Officer Thao stands by, watching, as in the same manner he was seen in other videos.

Body camera footage for one of the officers has been made public, however it does not display this portion of the encounter.

The incident was also recorded by a bystander and posted to social media. In addition another angle has surfaced here. 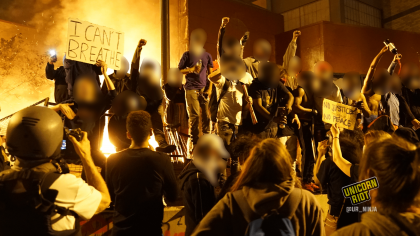 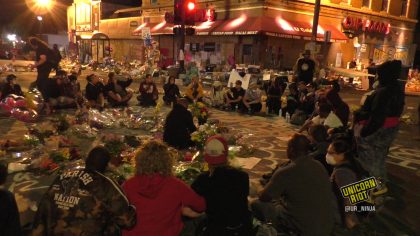